Having a home and family usually means you need stuff. And that requires obtaining them somehow. Both online and in real-life brick and mortar stores. We go to a lot of stores.

But we can’t go to all the stores all the time.

And that means some stores (like a Billboard music chart – or a more current metaphor “trending” list) go up and down in their rankings. Based on need, usefulness, and so on.

Target is one of those stores that “fell off the charts” for some reason.

We used to be routine shoppers at Target (maybe a decade ago), but for whatever reason – found other stores filled our needs better. Or maybe we just forgot about them. Not quite sure. We just stopped going in general.

But one thing for sure after a recent visit to Target in Bridgewater, NJ (off Route 287) – is that they have changed since we used to shop there. They’re a “new” Target! (to us at least!) 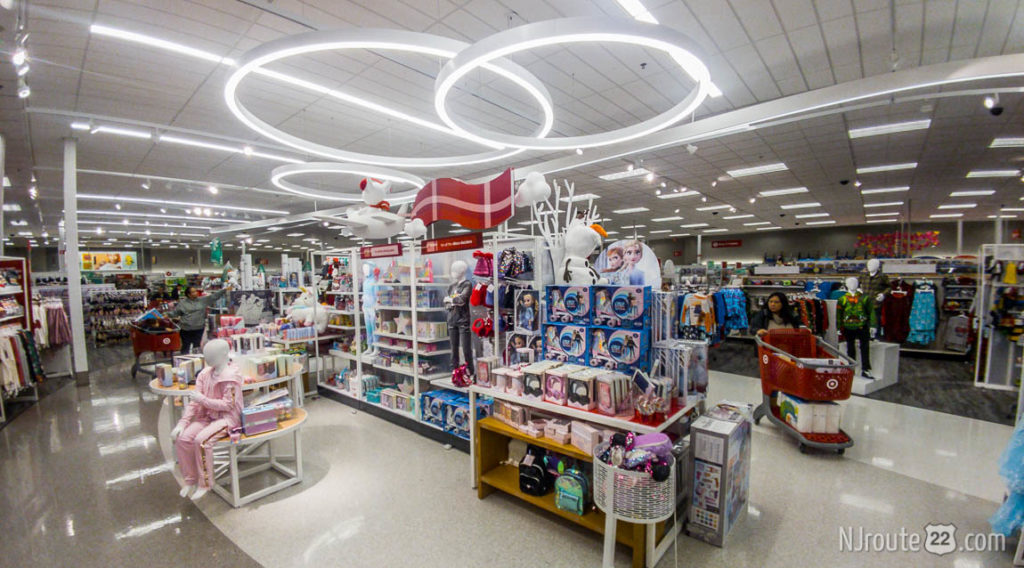 We’re not sure when this “redux” happened at Target – our guess (without using an internet search) is probably in the past couple of years.

But according to our eyes, Target now has a new look. And frankly – it’s not necessarily bad. Clean lines. Intelligently designed aisles and overall store layout. Easy to read signage. More modern.

I’d even venture to say “good job” to whoever was responsible for such an overhaul.

But… something seemed (and felt) “off” to us. 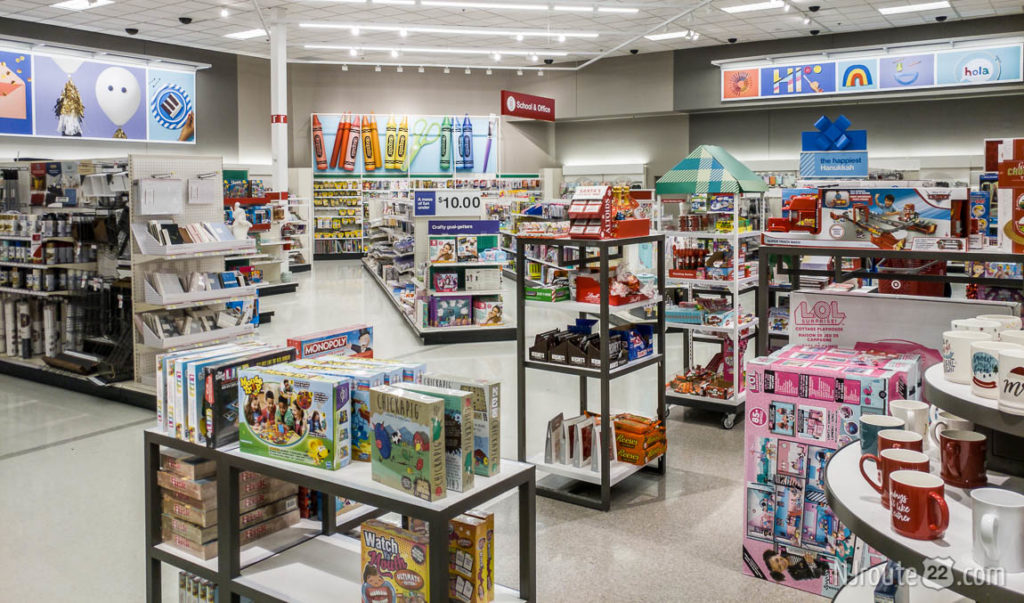 Is Target almost too “sanitary?”

Do you ever shop at places like HomeGoods? That place has frenetic energy to it. Things are piled up. Mis-placed. Often disorganized. Customers looking for good deals. Always busy.

But they have lots of stuff. It feels like “real commerce” for lack of a better word. Like some kind of third-world bazaar.

Target, on the other hand – felt like a store on a space ship in a Star Trek movie set in the year 2350. Things were organized. Highly curated. Well-placed. Bright lights. Lots of white space.

Sometimes it felt like they curated things in a way that left us feeling like there was some kind of lack of selection. Hard to put our finger on it exactly. 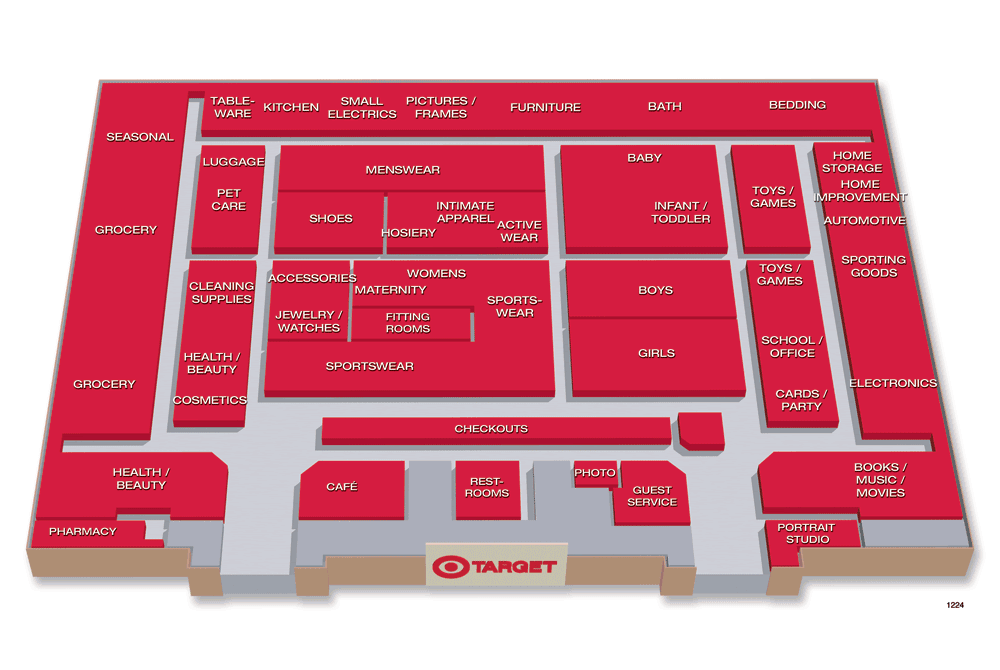 This is the layout of the Target of Bridgewater, NJ.

This Target we went to was buzzing like mad. Which is partially understandable.

Target is what we used to call a general department store. They have almost everything. Food, clothes, toys, electronics, household items, and much more. Something for everyone, you might say. (We had a store near us growing up called “Two Guys” which was very similar.) Much like Walmart – but (a lot) smaller.

But I wonder why they’re so busy compared to most other stores. I mean “super busy.” A noticeably higher volume of people.

Is it their marketing and social media presence? Are they hitting all the right switches when it comes to visibility and customer coercion? 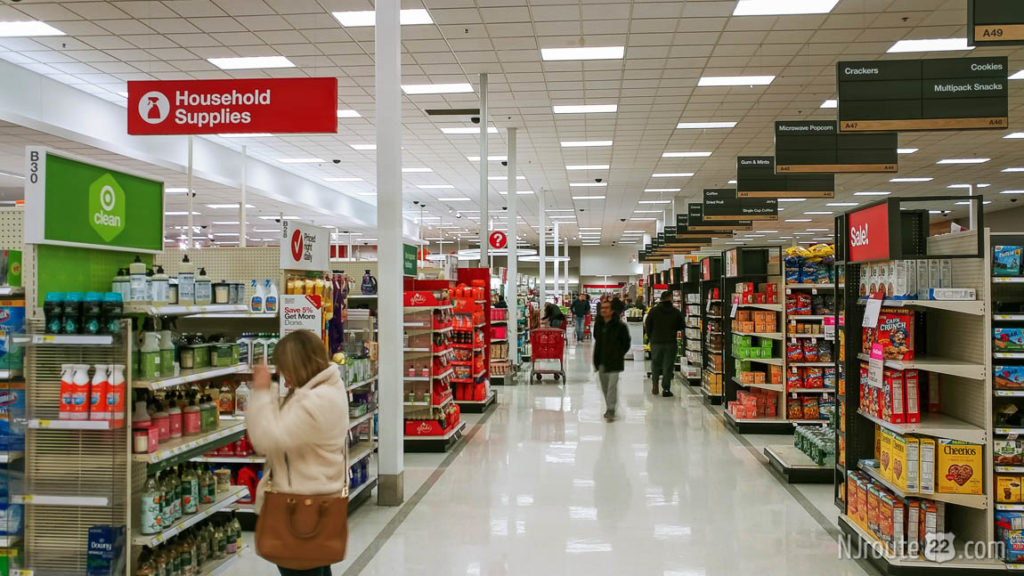 Another thing that is more prominent now than a decade ago – is “private labels” or house-brands.

Most stores are going full-speed ahead with house brands, as they’re much more profitable. We think they’re less transparent – and should be a flag for any aware customer. Just saying.

They have private labels across the board, including their long-time “Market Pantry” (we tried their bacon in the past), and a (new to us) brand called “Good & Gather.” Sounds like a stupid meme plaque you’d hand in your kitchen to impress your friends.

We wish there was more transparency with Private Labels, though. 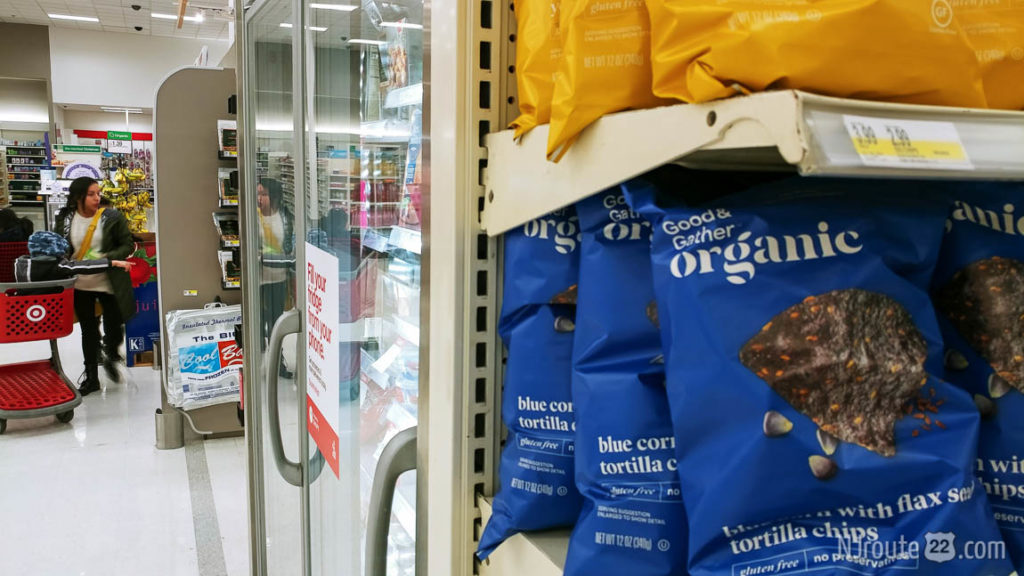 Private Labels are increasing every week with little to no transparency.

Like we said previously – something felt off to us when visiting this Target.

Not sure if we subconsciously felt like the deals were not good enough? That the product selection inferior in some way?

While we can always find acceptable products in their food or “household” sections – that uneasy feeling almost permeated us. I recall several years ago looking at their shoe section for kids and adults – that the products felt insanely shoddy.

I don’t know exactly what is causing this incomplete feeling. We’re not suckers, that is for sure. And we know how to find value in anything and everything. I suppose a serious look at the value proposition is in order. Perhaps we’ll pick 10 or 20 things we regularly buy elsewhere – and do a real comparison to see what is going on.

So until then – we’ll remain in this “undecided” state. One thing for certain – we’re not an easy sell. And Target has not sold us yet – even with their fancy new look.