Many people use Route 31 on a daily basis. It’s a convenient north/south connector off Route 78. Connecting Route 22 to Flemington, NJ and Washington, NJ – and beyond. But just a mile north of 78 is a proposed/approved development on the southbound side called Clinton Commons.

Doesn’t look like they’ve started any work yet on this project – which is across the road from a chain hotel which is currently (slowly) under construction. 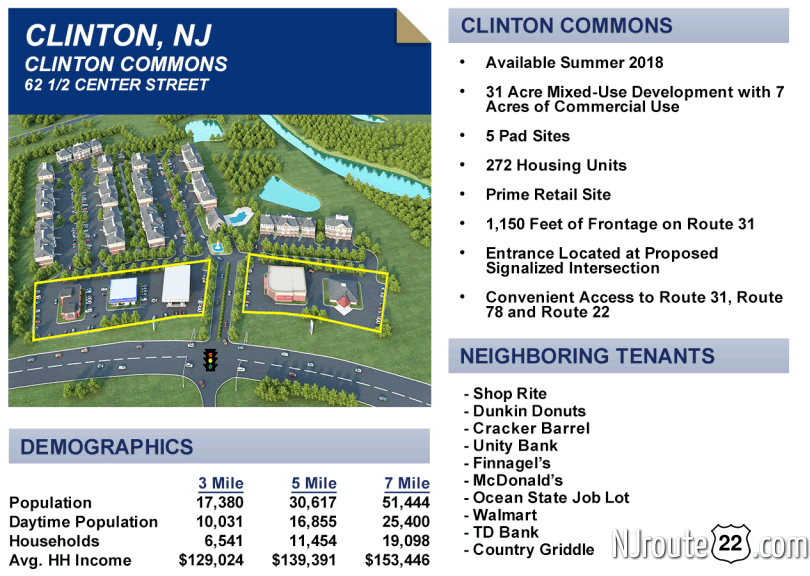 Clinton Commons wants to be a mixed-use development

For the Clinton Commons property to be advertised as such – it’s more than likely they’ve received all permits and variances necessary to develop along this stretch.

The site plan details 31 acres with 5 retail plots (or as they call “pad sites.”)

From the rendering – you can almost make some solid bets as to what kind of businesses would open.

We can think of at least two – like another gas station or mart (Quick Chek) and a bank. There’s already a McDonald’s just a half mile down, so it’d be hard to imagine what other fast food would work here. Perhaps an “upscale” restaurant since the Chase Bank down the road replaced an established bar (Country Griddle) just recently.

This area of NJ is not all that dense – and we think it’d be rather hard to open up a viable shopping complex. Perhaps that is why the project is not even out of the tenant-seeking phase.

It will likely take a huge economic shift to kick-start this one.

Additionally – a new traffic light would be required as well – probably upsetting commuters along Route 31. 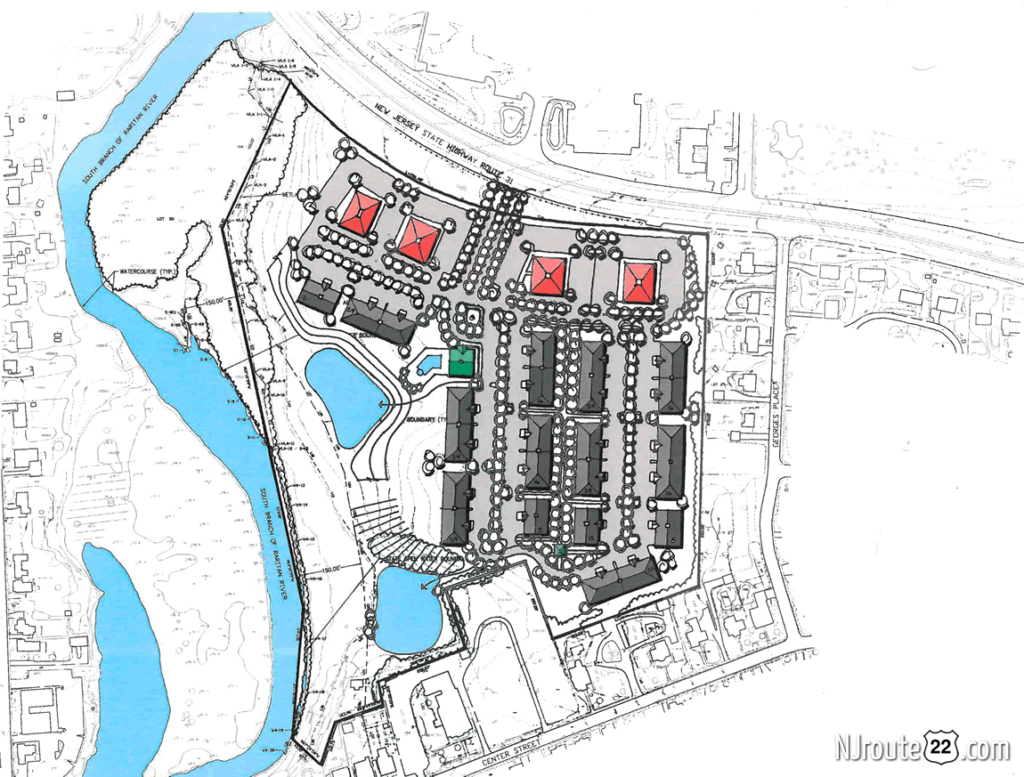 This brings up a very important debate. And a struggle between logic, common sense, and capitalistic freedom.

On one hand – we live in America. If a businessman (or corporation or investors) want to try and build something (“Build it and they will come…” from Field of Dreams) – then they run both the risk of failure along with the rewards if they succeed.

On the other hand, the residents and travelers along this area might not like this. Whether it’s increased congestion – or altering property values or even business impacts from nearby shops. The debates are similar across the land. And will continue probably forever.

We also don’t think this development would be too welcome around those parts. People move further away from the big cities to have a bit of breathing room. The more centers and strip malls that open, the more cookie-cutter it feels. Like one big shopping mall. Some portions along Route 22 East are like that. Miles upon miles of stores. The open space is a breath of fresh air.

What will the market decide?

Also – over 270 housing units? Will they be “affordable” or market rate? While not a massive number, who are the demographics that would move out there? We don’t see any kind of “shortage” that is for sure. Are people getting priced out and need new spots? Is something looming on the horizon? Who knows!

Either way, it’s interesting to see what projects may or may not come to fruition, further changing the landscape as you once knew.