Next to eggs, bacon may be the 2nd most perfect food in the world. It’s never inappropriate for some Friday Bacon Love!

Why we love bacon

Naturally – the love for bacon has many facets. The taste and crunch are our first two. But the smell is also heart-warming and fuzzy. (How in the world do some human beings actually have an aversion to bacon? Bad childhood memory?)

It’s also extremely healthy, despite what most people have been falsely led to believe. Primarily because of the super low carbohydrates! We could easily down a pound of the crunchy ecstasy with no negative health impacts. Don’t believe the hype regarding fat and cholesterol! 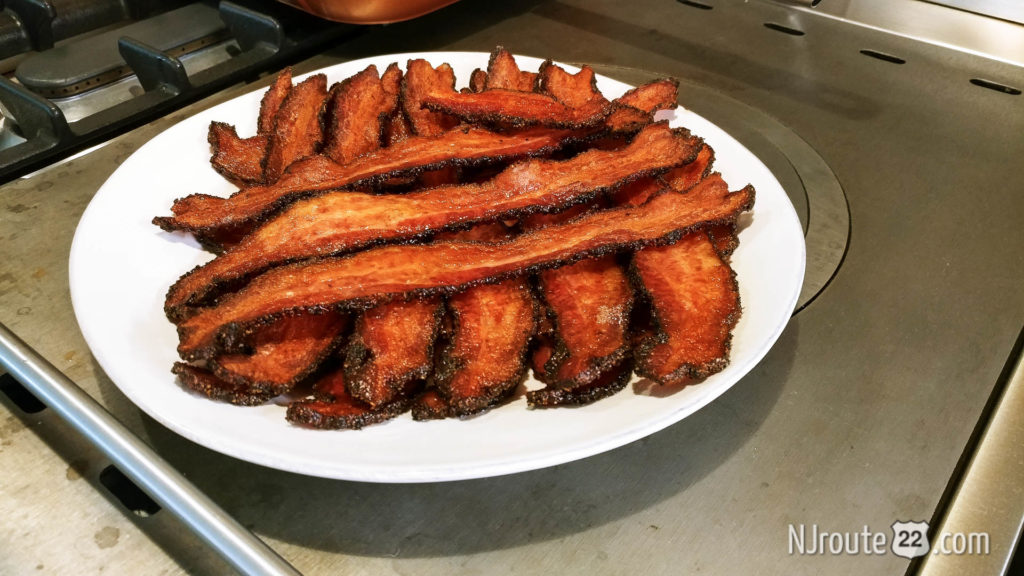 Bacon doesn’t need to be complicated

In 2019, the bacon industry is somewhat corrupted and harder to navigate. The whole hullaballoo regarding nitrates is annoying. Bacon just used to be bacon, right? No one hyper-analyzed it.

Nowadays, we have awful things like turkey bacon (quite possibly the polar opposite of real bacon), and other trickery like “uncured” and “no added nitrates.”

When you take a step back and look – nothing can ever unseat the ordinary pound of regular bacon. Taste, texture, price. Win, win, win.

We’ve tried them all – and we’ve honestly had some pretty good organic or uncured or other trendy styles of bacon. Some even came pretty close to being awesome. But nothing can replace the original.

And note that any time you veer off the beaten path – you always pay a significant amount more, which makes it difficult to swallow.

What is your favorite way to cook bacon?

Frankly – our preferred way to cook bacon FOR TASTE is the old-school way. In a frying pan. It always tastes the best. Crinkly and crispy.

However, being that we’re prolific bacon lovers – we wanted to find a way prepare it with the least amount of mess. And that is in the oven.

Oven cooked bacon is the best because you have almost no cleanup. Line a baking sheet with foil (the large kind), then add another layer of parchment paper if you wish. You can do either or, or both… Some folks are weirded out with aluminum.

We’ve also tried it on our outdoor smoker – which is okay – but the oven is best. The microwave is dead last – but works in a time pinch – or if you only need a few slices. 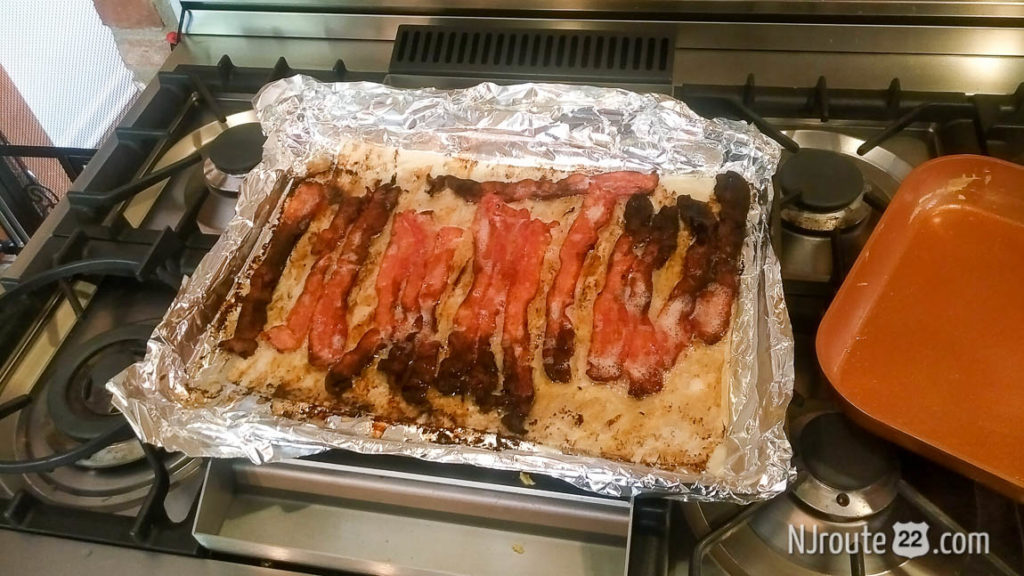 Not always pretty – our oven was in need of repair! Look at those ugly inconsistencies!

One simple trick for making the best bacon in the oven

Put your bacon on the cookie sheet first. Then stick it into a NON-PREHEATED oven. We use 400 degrees. Your temps may vary. By not using an already hot oven – this gives the bacon fat time to “melt” better before cooking the meat. The result is awesome crispy, evenly cooked bacon every time.

Another similar method – is leaving the bacon on the cookie sheet for an hour or so before cooking. This way you can use a pre-heated oven with almost the same results. The key in both instances is to soften the fat before the high temps start really sizzling the bacon. 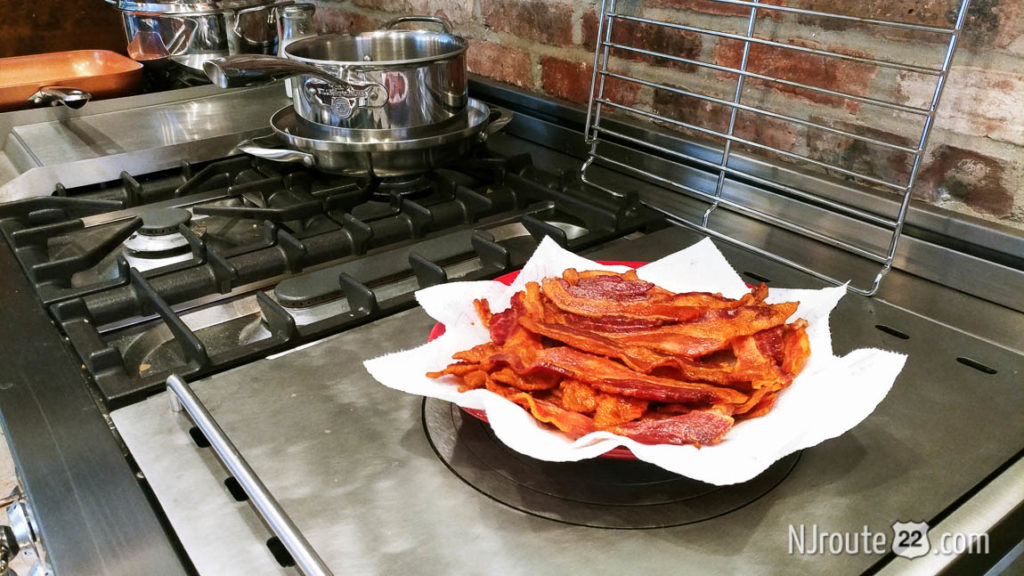 MUCH BETTER (after repair!)

Bacon in any shape or form is always welcome in our household. Regardless of the brand.

However, we have started to become more diligent with our salt intake. Not how much, but rather the SOURCE of the salt.

We’ve written in the past that ordinary table salt is not good (see our post: Salt Your Way to Health for more important info).

Almost all of the salt we consume weekly is of the “sea salt” variety. Profoundly different than plain old salt. Read that post and associated book to understand.

Even in store-bought products – we strive to use the ones that have sea salt as the ingredient. It takes a little effort, but it can be done.

We almost never buy anything that lists regular “salt” if there are alternatives that use “sea salt” instead.

This sometimes includes bacon. There are a few brands (Hormel low sodium is one) that use sea salt. But bacon is one food item that we happily make the sacrifice.

Bacon with bad regular salt is always better than no bacon at all. We more than makeup for the salt with the rest of our foods.