Car Crash Data – what good is it? 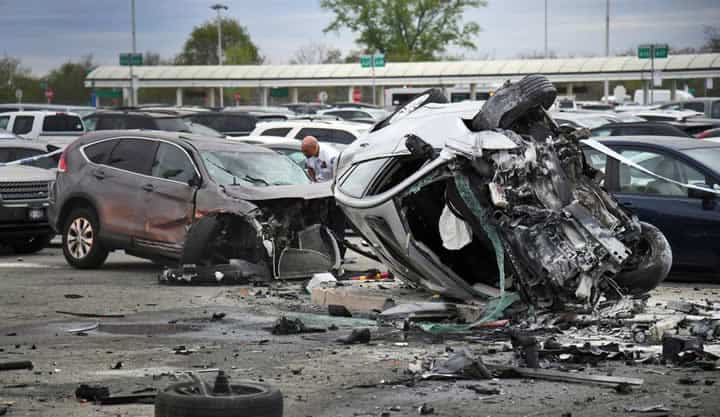 Here we go again with misleading “data.” Based on the following 2018 data released by the NHTSA – it appears that most of the tri-state area is “easy traveling,” when you consider fatal accidents.

Sure, that traffic “data” might lead you to some conclusions – you never get the real story with raw data like this. It’s not sufficient enough!

Like why does the L.A. area have the highest fatalities – when they seem to be in a state of perpetual traffic jams? Aren’t people moving slower?

Or how does population density work? Why isn’t there a filter on this map to also rank fatalities per 100,000 trips? Or demographics? Or illegal alien status? Or valid drivers licenses? Or criminal history?

This is exactly why “data modeling” is over-hyped, and should only be used as a very minor tool when looking for insights. You might now wonder why social media companies know everything about you – and why you should cut the cord.

The map below shows the total number of motor vehicle deaths for every county in the United States, as reported by the National Highway and Traffic Safety Administration (NHTSA). Counties that are grey had no reported fatalities in 2018. Hover over any county on the map to see the total fatalities in that county.

Los Angeles County was home to the most motor vehicle fatalities in 2018, with 670 fatalities – a 1.82% increase from 2017. This is not surprising: LA County is not only the most populous county in the state of California, but the most populous county in the nation, with more than 10 million people residing within county lines. That, plus the robust, busy network of highways and freeways, increase the likelihood of higher numbers of fatal crashes.

Harris County in Texas ranks third with 389 traffic fatalities in 2018. Home to the vast Houston metropolitan area, Harris County is the third most populous county in the United States. Interestingly, Harris County had the largest year-over-year decrease in fatalities on this list, having nearly 15% less traffic deaths in 2018 than in the year before. Despite that, it maintained its 2017 rank at third place.

Jackson County ranks on this list as well, in 44th place with 89 total traffic fatalities. However, the county has seemingly made progress on traffic safety, with a 5.32% decrease in fatalities compared to 2017 – dropping nine places from 35th the previous year.

Pinpointing traffic fatalities by county is arguably more valuable for inspiring change on a more significant level for traffic safety in America. By analyzing traffic fatality data on a more granular level, we can gain insight into counties that are hot spots for traffic deaths (such as Maricopa County) that we wouldn’t have otherwise found if looking by state.

In doing so, we can hopefully diriect attention to the counties which have high numbers of traffic activity, empowering counties to investigate these situations and make changes based on these data.