What that yard sign says about your neighbors (Election 2020 edition)

We recently published a post about Presidential yard signs in New Jersey. This article here goes a bit further and points out many more “virtue-signaling” messages that many of your own neighbors in NJ may have in their yard or on their front stoop.

What that yard sign says about your neighbors (Election 2020 edition)

It’s yard sign season again, and there’s a good chance you’ve seen some (or all) of the signs below in your neighborhood during this tortuous, grinding campaign cycle.

“Yard signs don’t vote” is a popular refrain uttered by frustrated campaign operatives this time of year; they insist that the time, resources, and emotion which go into campaign signs constitute wasted energy better spent elsewhere. I’ve always thought that was an unfair assessment, at least to a degree. At the very least? A yard sign is a psychological window into the home that’s displaying it.

Here’s what this year’s most popular signs probably say about your neighbors: 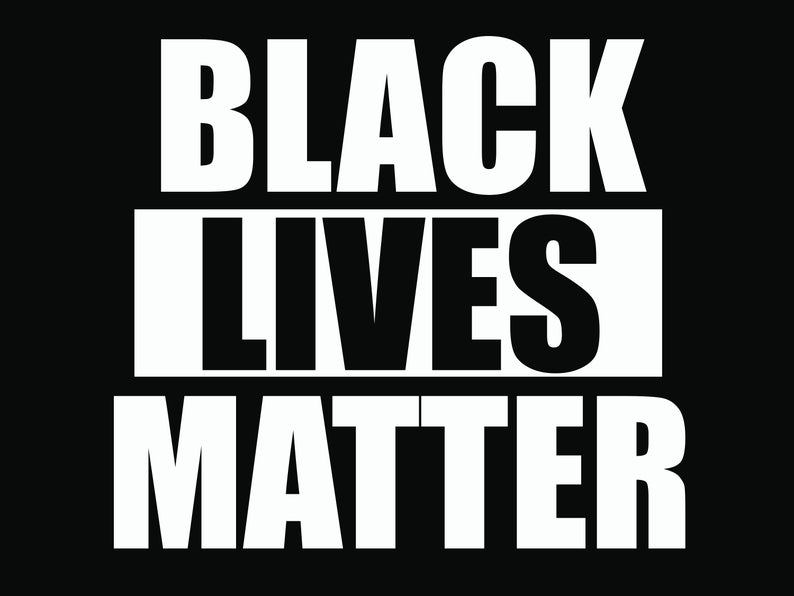 They see a country divided between the enlightened (on the Left) and hillbilly, clansmen caricatures (on the Right). They’re also extremely insecure individuals who’ve been brainwashed into believing that “whiteness” is something of which to be ashamed.

Another thing: history-challenged. If challenged, they’ll name every recent alleged victim of “police violence” and tell you all about how Columbus was basically Hitler in a doublet and stockings, but ask them how many electoral college votes there are or something detailed about American history pre-2008 and you’ll get a blank stare.

The real unwritten message behind this self-righteous sign: “We’re white but we’re not racist. We’re woke. We care (though our “caring” is limited to virtue-signaling law signs/bumper stickers and voting for Democrats), and our acknowledgment of the white race’s original sin of racism makes us distinguishable from – and better than – the monstrous white people you see on TV wearing red hats.” 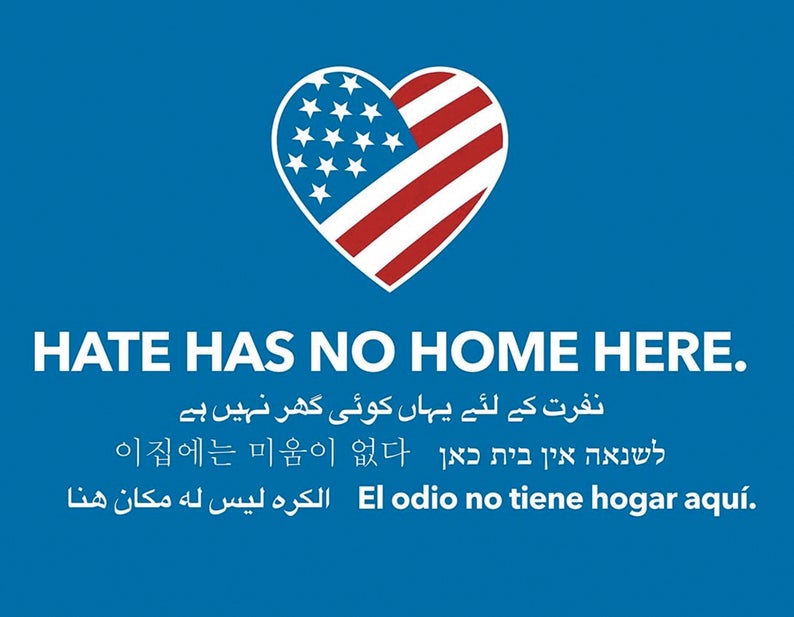 This is hands-down the nastiest of all signs despite the fact that the people who display them skew older than the BLM crowd. Appropriately, they’re also the least dishonest. I know a few non-liberals who were tricked into displaying these things when they first came out just to be nice to their neighbors. Oops. Here’s what this sign is really saying:

“If you don’t agree with me? You’re a hateful person.”

There’s a nuanced but important difference between this sign and the BLM one. 90% of neighbors with a “hate has no home here” sign in their flower bed won’t ever bring up politics if you’re chatting on the sidewalk or at a soccer field. Their passive-aggressive way of calling you a “bigot” without being willing to come out and say it – only in sign form – makes this sign all the more awful and… dare I say… hateful! A direct and unflattering reflection of the people displaying them. 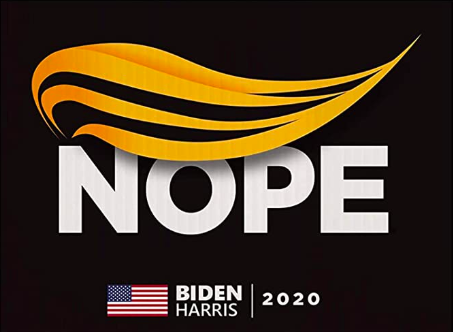 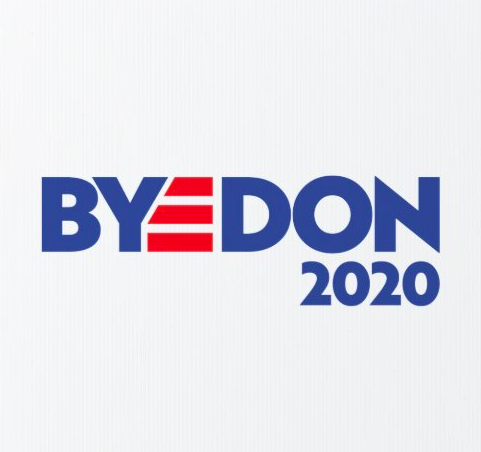 A close cousin of the “ByeDon” yard sign (cute pun, right?), the “nope” yard sign gets points for at least being a little clever and funny.

Unfortunately, this sign also says something a bit darker about your liberal neighbor displaying it. Specifically, they’re primarily motived to vote by “Orange Man Bad.” They’re more anti-him than pro anything else. Biden-Harris is a means to an end, and “Nope” sign owners are primarily defined by their hatred of Trump and Trump supporters as opposed to their support of the Democrat ticket. Cloaking TDS syndrome in humor doesn’t make it any less real. You definitely can’t say the same about Trump supporters! 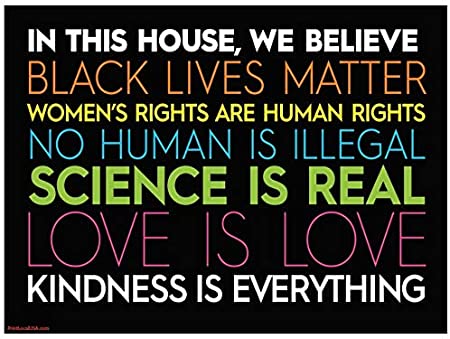 Sometimes the order is different. Other times there are different commandments included (e.g. “Water is Life” – thanks General Ripper!). There are even variations of cars (“in this car”).

The folks waiving this banner are intellectual “progressives,” typically with graduate-level degrees. They KNOW everything. They’re telling you what they FEEL in their hearts (even though the sign says believe, which implies thought is involved), but again (as with the “Nope” sign), what they “believe” is really a reaction to you and your beliefs. They’re defined by you. “Science is real” = anyone who questions over-heated global warming climate models is therefore anti-science and a moron not worthy of political enfranchisement. Nowhere will you find an argument for why their beliefs independently make sense (for example, if “no human is illegal,” then what is an arsonist? An undocumented pyromaniac?).

The truth? The people displaying this sign – very few of whom are religious – have adopted Leftism as their secular religion. I used the word “commandments” deliberately. It doesn’t need to make sense or add up. These are articles of faith. Question them and you’re an infidel! 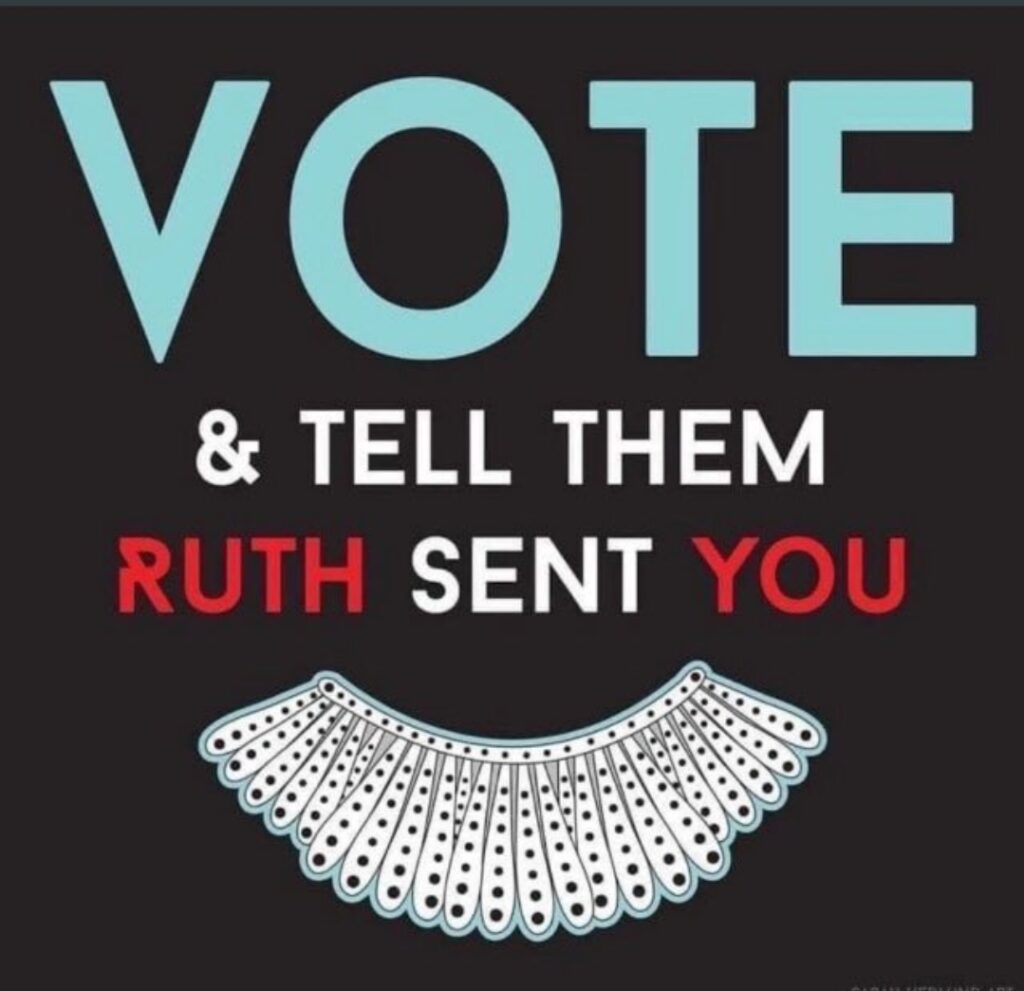 A close cousin of the “In This House” sign but these voters are out for one thing in 2020: revenge.

2000 was stolen (if they’re old enough to remember it). 2016 was stolen. Any election lost by a Democrat is stolen, and now those damn racist evil Republicans are trying to steal St. Ruth’s seat! To the barricades! Resist or whatever. 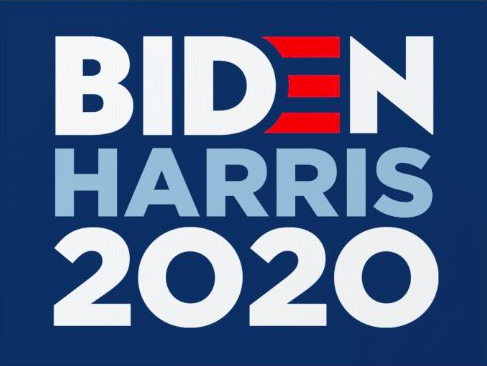 This one means… your neighbor supports Biden and Harris.

Let’s face it: we’re not happy with their choice, but it’s the least obnoxious of the Democrat signs. At least they’re expressing an opinion FOR something, albeit a ticket which has to be the least inspiring in modern American history. 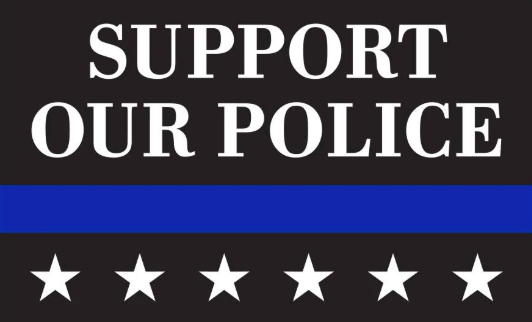 I’ve seen a ton of these (and American flags) around this year.

It’s pretty literal: in this house, we support the rule of law. We reject the culture we see overrunning our streets every day on the news, and we want the 99.9999% of police officers who risk their lives every day to keep us safe to know that not everyone has lost their f–king minds,

But does it go a bit deeper? I can’t help but think many of these “back the blue” displays and Americans flags are evidence of those quiet Trump voters we keep hearing about… 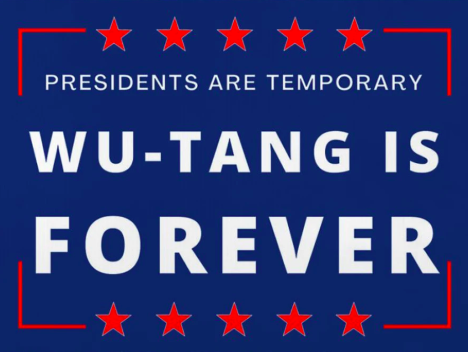 Do the houses sporting these signs really want Ghostface Killah in the White House?

Maybe, given the alternatives.

Universally, these folks are just tired of our country’s increasingly divisive political discourse, and they thought this sign was a fun way of saying it (even if they’re not really Wu-Tang fans, which is likely true for a strong minority of the people displaying these signs). A little trollish, too? Sure. What’s wrong with that? What they really want you to do is lighten up. 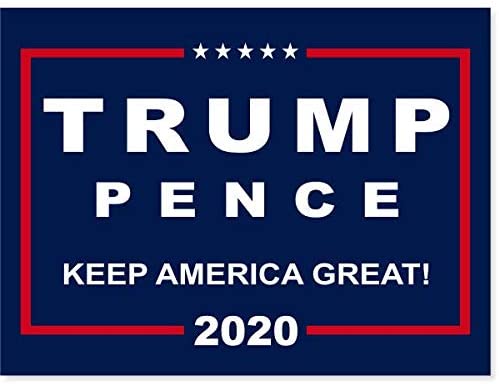 The first word that comes to mind?

Displaying this sign is a declaration not just that you’re voting for Donald Trump in 2020. It’s also a signal to your neighbors that you’re a counter-counter-cultural, and you’re not afraid to let the whole block know it.

Is there a good chance you’re going to lose friends? Or even find yourself on the receiving end of low-grade vandalism over this sign? Yes. Just remember that you’re following in the finest American tradition by sticking to your proverbial guns here. Free speech is the bedrock of our country’s ailing political system. Your public testimony is almost as important as your ballot.