You should understand the benefits of diesel engines – especially made just a few years ago. Profound gas mileage – long-lasting, and much more. Subscribe to the author below to get the real deal.

Not having to stop is a big deal when it’s dangerous to stop. Which is why a diesel-powered anything could be exactly the right vehicle to have right now – and ongoing. For another reason, too – which we’ll get into momentarily.

This week I am test-driving a 2020 Ram 1500 with the “eco” diesel V6. Whatever it’s “eco” merits, the thing can cover 1,000 miles on one full tank – 33 gallons of diesel. That’s about twice the range of the typical gas-powered economy car and hundreds of miles farther than a hybrid car (more on that below). It is enough range to make it halfway across the country and leave the Golden Horde far, far behind. The Ram could go even farther, too – with a pair of 5 gallon jugs of diesel in the bed. Or convert the very convenient built-in “Ram boxes” on either side of the bed, which can probably hold five gallons each and could probably be plumbed directly into the main tank, bringing your range to more than 1,300 miles nonstop. 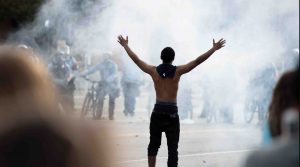 Assuming your bladder can go that long. (Men can deal with this exigency – without stopping – by keeping a couple of 2 liter soda bottles in the vehicle.)

A diesel-powered truck will also have the advantage of physical toughness – the ability take (and give) a hit, if that eventuality becomes actuality. If equipped with 4WD, they also have the ability to make their own road – which may be the difference between getting away and not.

A big truck also has lots of room – especially if it’s a four-door cab. Some trucks have so much room – in the back – that two people can comfortably sleep back there. Another valuable feature in a Lord of the Flies scenario. 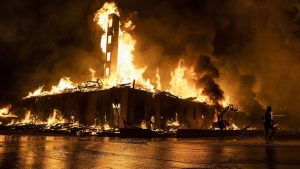 You might also want to consider a heavy-duty truck. Not that there’s anything wrong with 1500s like the Ram “eco.” It’s that the 2500-series trucks are missing something. They don’t have urea injection – and so you won’t need to worry about DEF (diesel exhaust fluid) levels, which you will with all late-model 1500s. The 2500s don’t have urea injection – yet – because they’re not – yet – subject to the same emissions control regime as the 1500s.

There’s another thing to consider, too. The Ram 2500 is available from the factory with a 50 gallon fuel tank. And its diesel is a V8 – with 850 ft.-lbs. of torque. That’ll part the crowd, no problem.

Older diesel trucks – including 1500s – are free of the DEF gewgaw, too. And some of them will have simpler mechanical injection. Many were available with manual transmissions, which are preferable vs. automatics in an End Times scenario because they’re much easier to fix in the field. 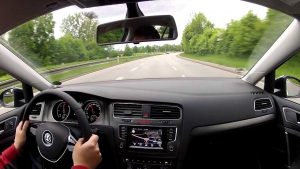 Another option is a diesel-powered car, which will also have the range and something else:

A big truck can go through things and over things. But a small car can go around things and squeeze by things that would stymie something larger. They’re also better-suited for high-speed work, being inherently more stable. They are analogous to PT boats vs. battleships. The latter relies on its power to stand its ground; the former on its speed to put it out of an enemy’s reach.

Any late-model VW diesel would make a great get-away vehicle. 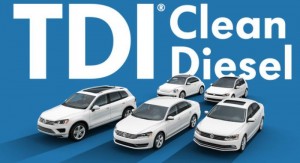 Especially one not “fixed” by VW to make Uncle happy for VW’s “cheating” on emissions certification tests. But even if “fixed,” these cars are 700 milers in between fill-ups.

No Prius can match that – especially on the highway, where a hybrid’s range goes down vs. what it achieves in city driving. This is due to the hybrid making the most of not moving – or not moving very fast. During which times, the gas-engined side of the hybrid’s powertrain is off as much as possible and so not burning any fuel, or less of it.

But once on the highway, the battery/electric motor side of the hybrid’s powertrain isn’t powerful enough to sustain movement at 70-plus MPH. The gas engine is on – and working harder.

Which results in less range because it’s burning more fuel. 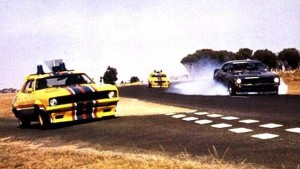 There is another reason why a hybrid is a terrible choice for a Mad Max machine. It is not a long-term machine, because of the relatively short life (vs. a diesel) of its battery pack.

All batteries eventually lose their capacity to hold charge over time. In the case of a hybrid (or an EV) it’s likely to be noticeable after about eight years of regular use and as that happens, the range reduces – because the gas side of the engine is working more – and harder, because now it has to pull the weight of the car with less and less help from the battery/motor.

Once the battery declines past a certain point, a hybrid’s mileage will be half or less what it was when new. Assuming it’s still drivable at all.

Another issue is the fuel. Which brings up the other reason to buy a diesel for these times. 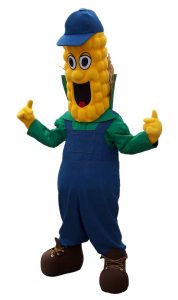 Gas – especially modern “gas,” which is actually 10 percent ethanol thanks to the Corn Lobby – does not store very well. It is not made for the long haul.

It also a much more refined fuel, literally.

Diesel, on the other hand, stores very well – especially if one adds algaecide (the main issue with diesel in long-term storage). And diesel can be made, no refinery needed. Most diesel engines will happily burn waste vegetable oil and other homebrewed varieties of diesel, which is a fuel that burns from compression and heat, not spark.

The older diesels with mechanical injectors don’t even need an alternator or battery to run once you get them running – and you can get one running by rolling it down a hill and letting out the clutch. They are almost as independent of the grid as your own two legs – and can take you a lot farther a lot faster.

If you haven’t yet spent your “stimulus” check, here’s something that might be worth spending it on.