Today is segment four of our minor fascination of classic car series from the good ‘ole days around the NJroute22.com area.

We like yesterday’s cars because they were from simpler times. No fancy electronics – just transportation, with far fewer “luxuries.” Sure, they might have broken down easier, but they were a lot easier (and cheaper) to fix! And you even have a chance to find parts still in 2018 – thanks to places like eBay.

We’re still on the lookout for a “historic” car for ourselves as well. Not as old as the following vehicle – but enough to NOT need the nagging state inspection!

We’ll be sharing the classic cars we have the pleasure of seeing fairly regularly here on NJroute22.com.

Had the opportunity to spot this gem – a 1953 Ford F100 Pickup – over at Walmart in Hackettstown, NJ (actually Mansfield, NJ – but everyone says the former…) 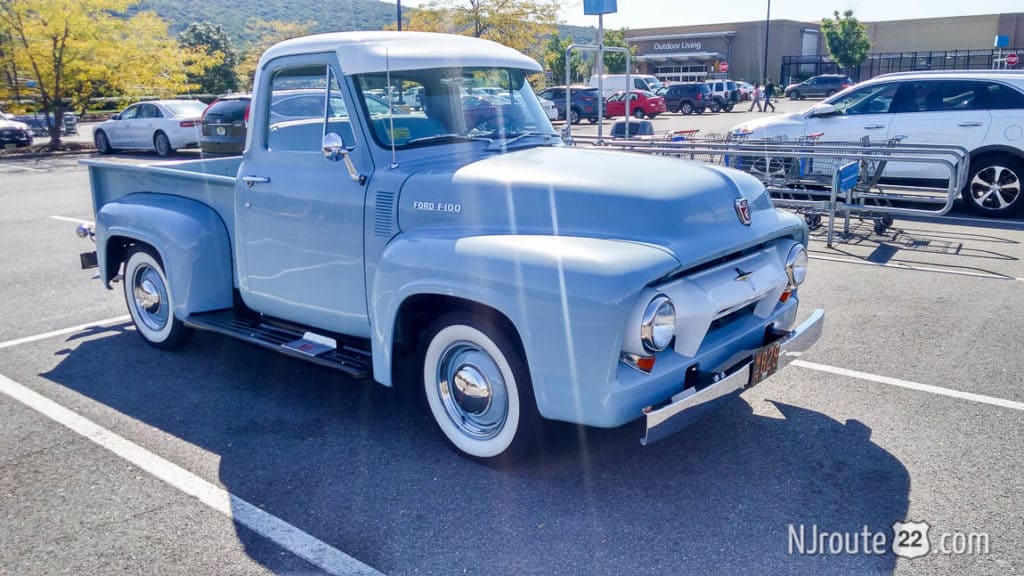 A little bit of “car talk” info below.

“The Ford F-Series was redesigned by Ford for 1953 with a more integrated look. The pickups also obtained their widely familiar names: The F-1 now became the F-100, the F-2 and F-3 now became the F-250, and the F-4 now became the 1-ton F-350. Optional interior amenities were new, including a dome light, lighter, armrests, sun visors and a radio. On March 13, 1953, the Ford-O-Matic automatic transmission became an option. The 1953 F-100 was the last year for the flathead engine in the US.

Note that fully restored, these cars can sell for upwards of $80,000 or more!

There must have been an F100 “meetup” somewhere in the area that weekend – because we actually saw a second fully restored one later a few towns away! No other explanation, right?

Glad some folks have real (physical) hobbies these days. 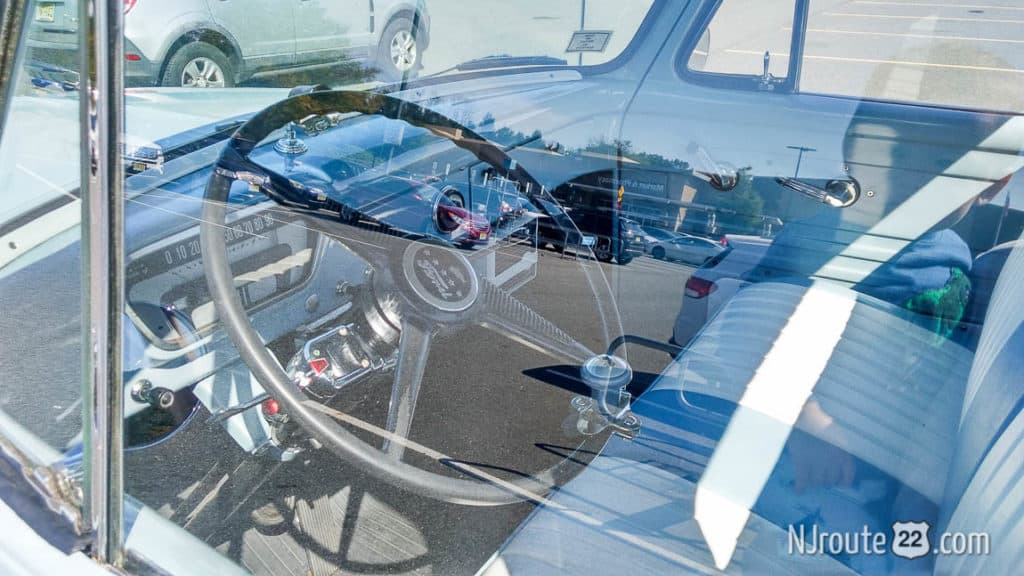 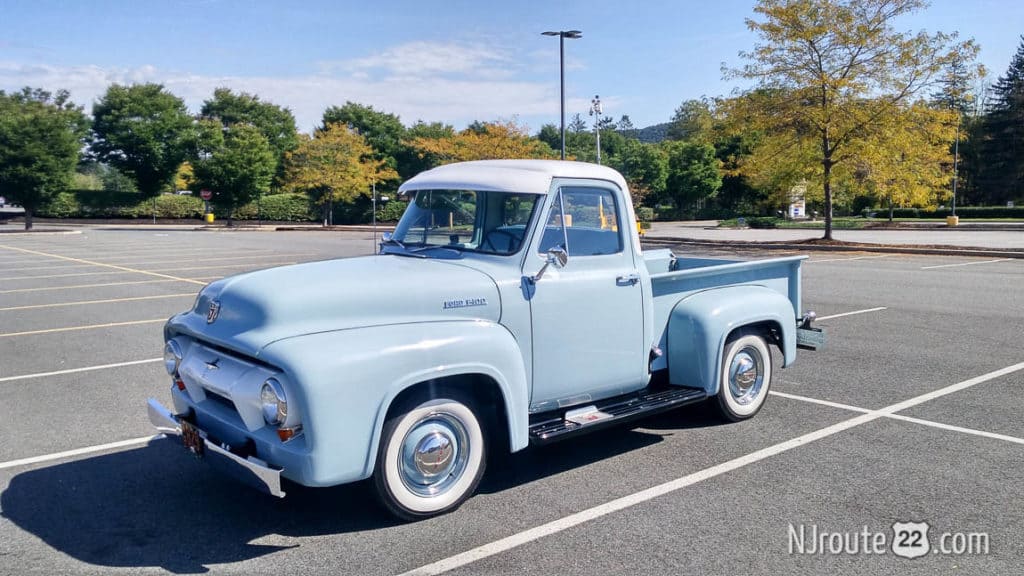 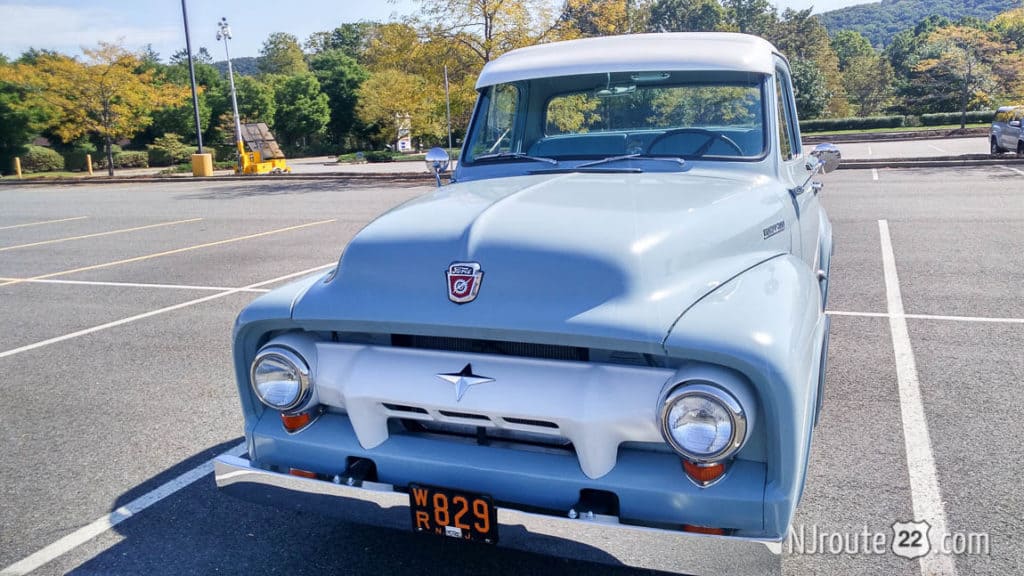 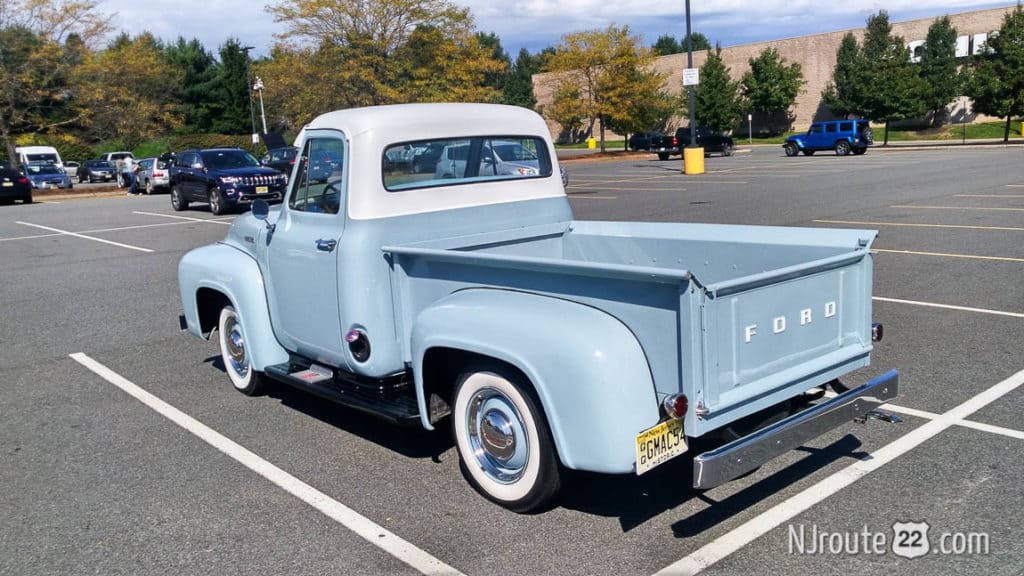