You ever wonder how activist groups like PeTA survive? Hint: It’s based on irrational emotions.

We spotted this billboard over on U.S. Highway Route 22 in Readington, NJ the other day. Apparently it just recently went up in December. It was supposed to be part of some Thanksgiving shame campaign for those who prefer eating meat. 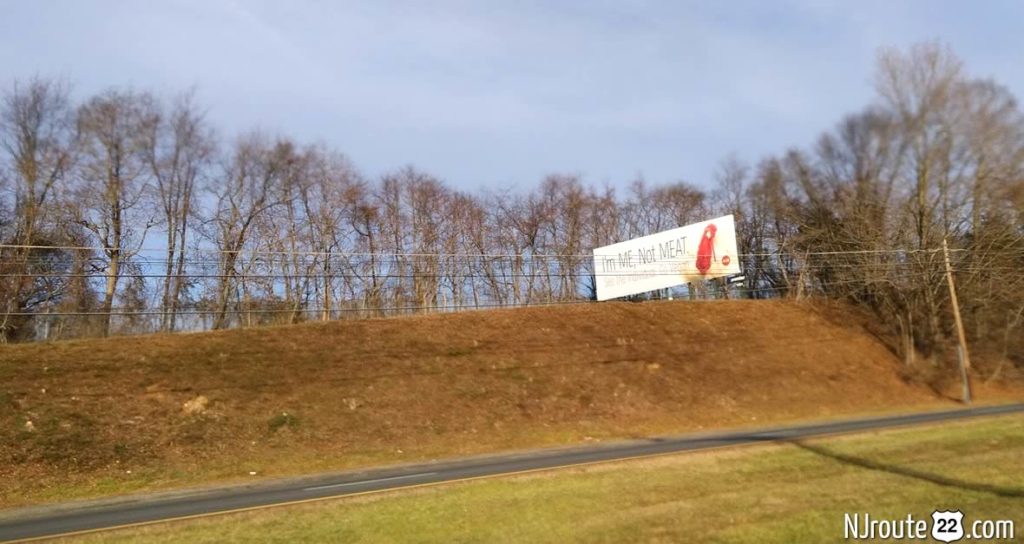 There are expensive billboards like this all over the country.

Are they for animals – or just like spending tons of cash on “messages?” Seems no different than convincing people the color “blue” is the only color needed, then shaming everyone else because they like yellow, orange, green, or red.

Why they strong urge to perpetuate the message so fast? Can’t people just make up their own minds without being bombarded? Almost cult-like.

(Side note: we pretty much are solely carnivorous eaters – and are in the best health of our lives).

We have no problem with what people decide to eat on their own. That is of no concern. Not our body! But when these messages become all preachy and “holier than thou,” it becomes annoying.

In the end, it’s just another stupid thing about our world – otherwise doesn’t affect us. 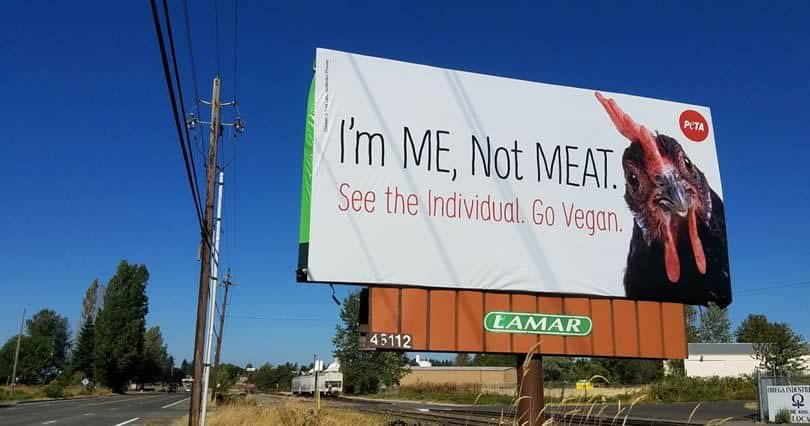 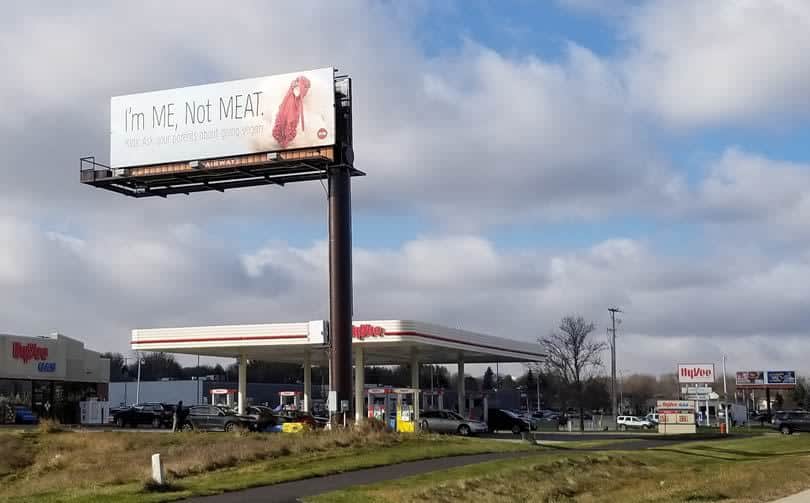