Boy oh boy – it appears that the axe-throwing trend (or hatchet throwing) is blowing up across the country.

And if you look into it just a little bit – you don’t see too much public resistance to this explosive phenomenon. Why is that?

What got us interested in forming an opinion about and writing about this subject was Stumpy’s Hatchet House over on Route 22 East in Green Brook, NJ. This particular franchise has 15 locations in the northeast – with dozens more coming. There are thousands of ax-throwing bars nationwide – and it won’t stop until the novelty wears out (IMHO, in less than a decade.)

Since the day we first started seeing these types of establishments popping up across America, we knew what was going on. The profound DUPING of ordinary people from coast to coast.

It’s our belief that this new “trend” is simply a brilliant and carefully-manufactured way to profit handsomely from countless individuals who have gotten caught up like lemmings jumping off a cliff.

A combination of expert marketing and nearly perfect use of social media and “groupthink.”

They created out of thin air – a “must do” kind of social activity that earns “approval credits” from followers, and so on. Anyone like us that speaks out with an alternative viewpoint is shunned by most. Easy to do when you weakly rely on mob-mentality and not your own individual thoughts, right?

(That’s not to say that we don’t admire the creation of such an “activity.” It’s a fascinating look at how humanity works – and will certainly be studied in the future.) 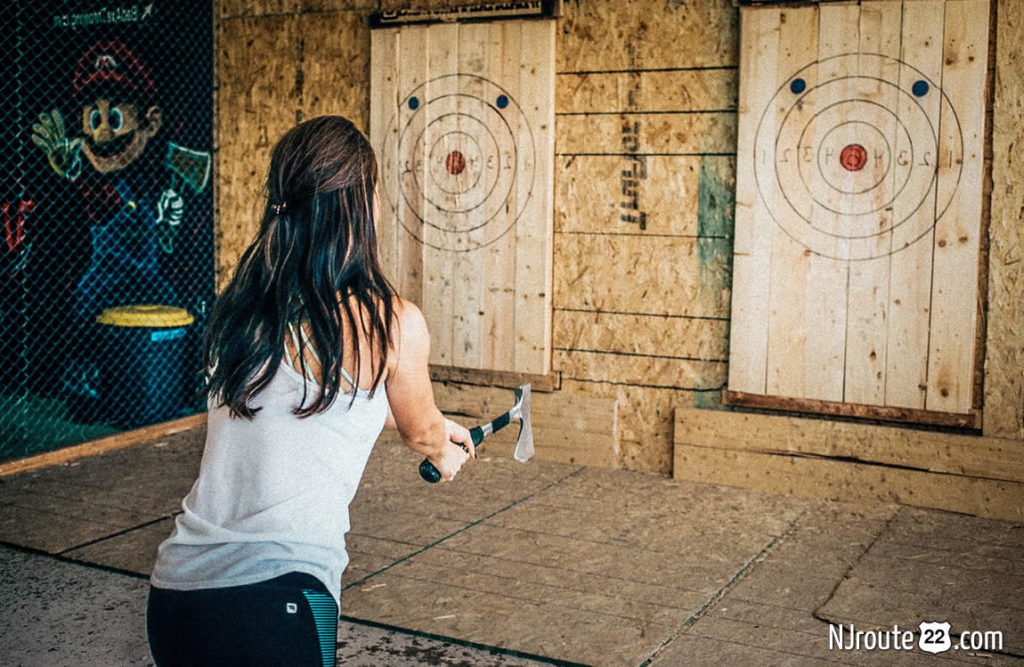 How things become a “thing?”

Before we go on – have you ever asked yourselves how anything becomes a thing or “trend?”

Do you think they’re organic? Or are they artificially manufactured?

A long time ago – most trends grew rather slowly. Mainly because the mechanisms behind “capitalizing” on those trends were immature. But all trends (think the Beatles or Lady Gaga or similar situations) eventually became literally DESIGNED – and what most marketing is these days. And certain demographics are key targets. Just look at the marketing photos. Notice any similarities?

Even worse, in fact, many of the things that exist today were created from the ground up for just profit. Not because someone had a passion for a craft or business. Just newly invented ways to extract money from others. Quite sick, if you ask us. And ironically, the tools to know what is happening around us exist (books, etc.) – but people are literally both blinded and crippled by our society to miss them. Who wants to read books and learn when they can play games, boost their egos, and have fun? 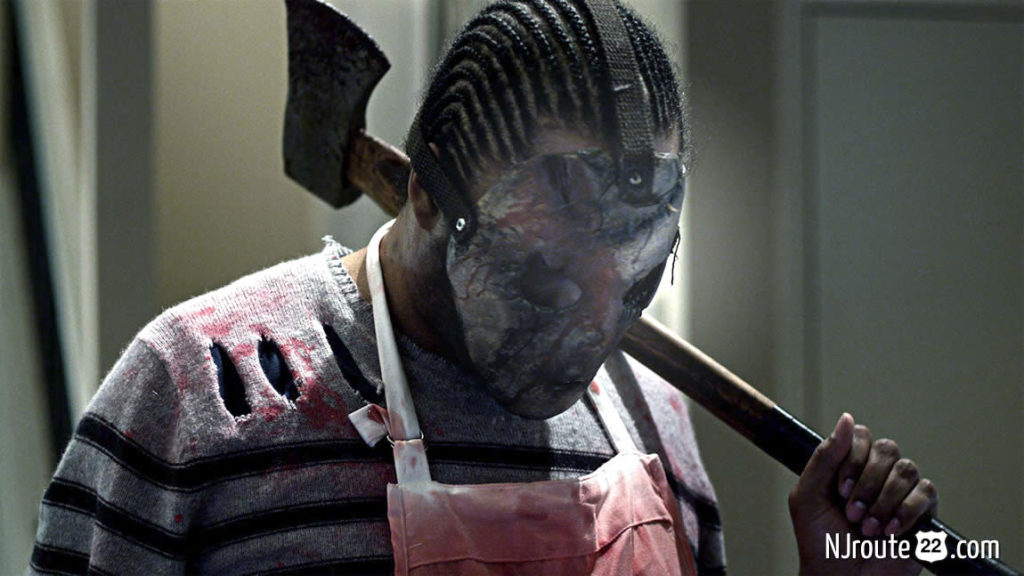 The key point most people miss – paying steeply for “fun”

They say that this new ax-throwing trend ranks up there with other bar or alcohol-related activities such as bowling or darts (although those two are vastly different).

Both activities have “sub-cultures” in them. Avid bowlers or dart players often get very into their sport. Joining leagues and becoming hardcore aficionados. This is true with almost any activity around the world. For instance, do you ever see how some Jeep hobbyists go to the Nth degree and “soup up” their rides? Some folks just become fanatics.

Bowling can be expensive if you like playing at peak time, but generally, leagues are fairly affordable considering the return.

Darts, on the other hand, is quite affordable compared to them all. We even became dart champions ourselves. It was a fun, inexpensive way to use up our limited time on earth.

But this dumb hatchet or axe throwing activity seems very expensive. $50 a night? Plus drinks?

And the dopes who literally fall in love with this activity probably have a ridiculously expensive new hobby to look forward to in the future. Any friend of mine that installs an axe-throwing setup in their house or apartment will quickly hear from me.

This “industry,” regardless of where it started (Canada, some say) was purely created to take advantage of people – AT A HIGH-PROFIT MARGIN. Most likely EACH AND EVERY ASPECT of this industry was planned from the get-go. You walked into their trap.

The same goes for those utterly insane PELOTRON bicycles.

Or any “group class” you take.

They’re all insanely HIGH-MARGIN as well as “SCALABLE,” which startup entrepreneurs ALL dream about. The elusive BILLION DOLLAR CLUB.

And some do better than others. All by preying on whatever weak human characteristics they can sink their greedy teeth into. Has to be soul-sucking to design something that psychologically misleads everyone. Maybe the seven, eight, or nine-figure paychecks and superficial success are good for most people. Selling your soul is nothing new, that’s for sure.

Because this whole industry was craftily created with much thought and planning – they covered a lot of their bases. From “influencers” on the interwebs to hitting all the right psychological points – it’s hard to be a DISSENTER. Why? Because you’d be viewed as a nay-sayer or “buzz-kill.”

And it’s a shame when discussion cannot take place anymore, but instead, not-well-thought-out “knee-jerk” reactions based on popular opinion. Again, “groupthink.” Orwell and Huxley are likely turning in their graves. 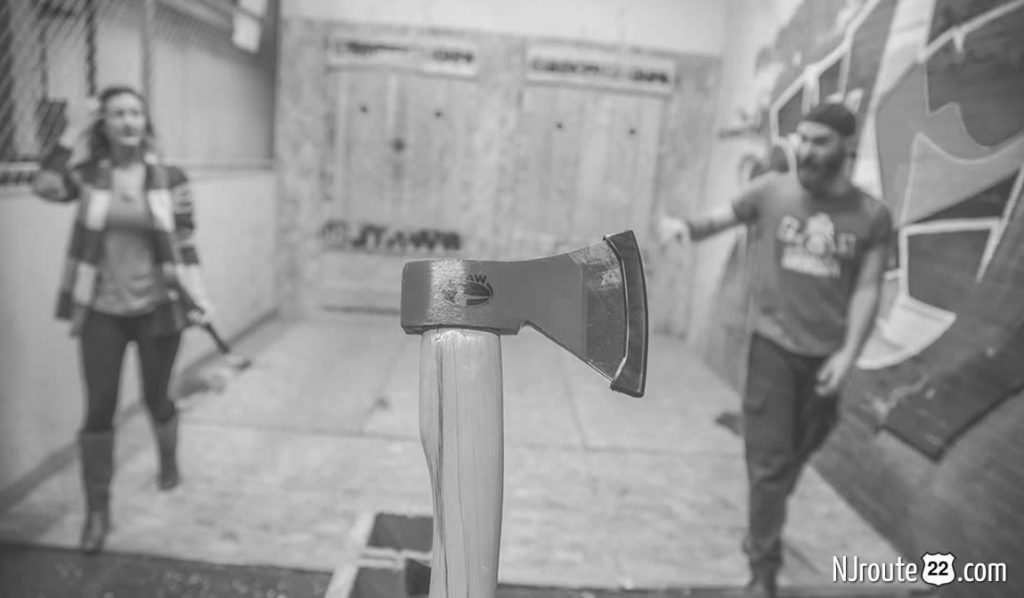 This is partly why we shy away from most franchise models and many “chain” businesses. While we do frequent places like Home Depot or Walmart, we do so because getting what we NEED is costlier elsewhere. And yes, we think carefully before we buy even what we say we need.

But activity-based chains or franchises – especially food or recreation – we try to avoid at all costs.

One, they market their businesses very deceptively. Using triggers and hooks to coerce their customers. Providing a shallow “feel good” moment. That is how they close the deals. By convincing their customers that they chose wisely or even made the decisions themselves (all while literally tricking them with subtle tactics!)

Two, many greedy companies will play nice in the beginning while they’re burning through venture capital in order to gain more market share and profit. Then, as profits decline and investors get antsy, things will change. Prices will go up. Services will decline. You can see it happen year after year.

Then many places dwindle, get bought, change direction, and very often just fail. Leaving bewildered customers stunned. And most of those customers don’t learn – and just fall into the next psychological trap. An endless cycle. But then again, there are some that learn from their mistakes and become folks like us – who are in tune with what the world is doing around them.

Some call us cynics. A few others call us insightful and wise.

Don’t take the bait. Don’t fall for the trap. Choose your time wisely and intelligently. Regret is worse than short-term pleasures!

Footnote: May be “fun,” but find other less costly hobbies

Just wanted to add a quick end note. There’s no doubt that we’d probably find some enjoyment in this activity of axe-throwing or hatchet throwing.

And we’d probably be very good at it. We’re not intimidated by this type of stuff. You should see us manage our property. We’re daredevils.

But the fact of the matter that is COSTS way too much for such a simple activity is the reason we want nothing to do with it.

We can shoot a few games of darts at a pub somewhere FREE OF CHARGE. We suppose the stigma of sharp axes or hatchets adds to the “thrill” since most people have NOT done such a thing is part of the draw. But that novelty wears off. It becomes a “been there, done that” moment. And most will eventually realize that it’s not that great. There are better ways to relieve stress or whatever it is they say is so great about throwing a heavy, sharp object at a piece of wood.

To pay $25 or $50 or more for this privilege is utterly moronic.

I can only imagine what the next trend will be after this one dies off. Grenade throwing? Russian roulette?