How many people make the connection between the foods made available in local supermarkets – and the “media” that is popular in the 21st century?

And by that, we mean, can see how it is all is part of a big system. A system designed to capture your attention (and your dollars) from the minute you wake up – to the minute you fall asleep.

Mainstream Marketing is hazardous to your health

We talk a lot about low-carb living (and other Keto and Carnivore topics). A pared-down, simplistic avenue that is easy to maintain, with extraordinary results.

This means we do not enjoy eating bad things. Well, we used to “enjoy” consuming them – but we don’t think ANYONE enjoys the after-effects of long term consequences. That is why we chose the path we’re on. But that’s part of the bigger picture. 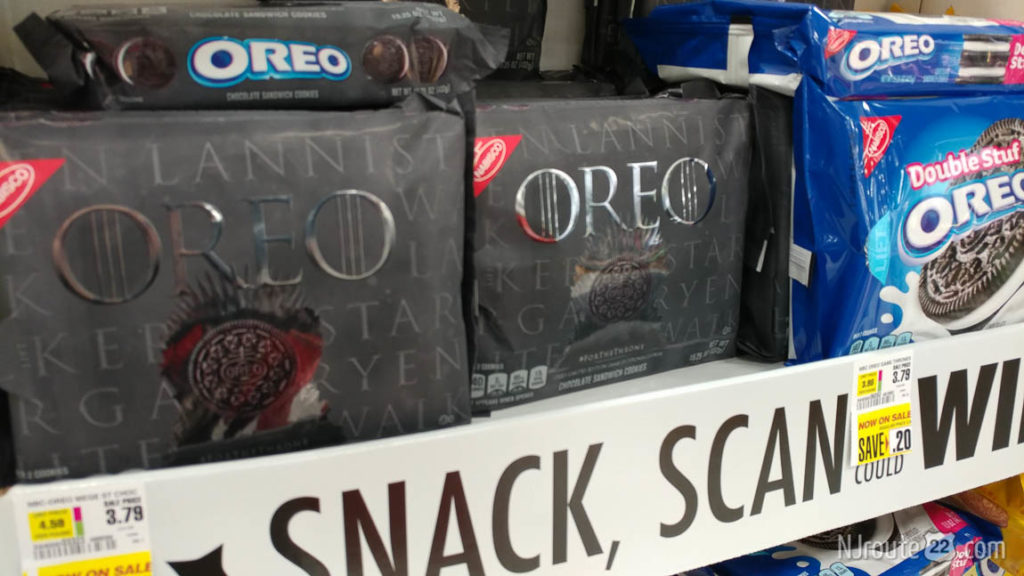 Many people these days are becoming aware of the “big corporations.” These massive global conglomerates (often with a web of subsidiaries and offshoots that make it hard to understand who really owns them) have some obvious objectives. To earn money. Even more so if they’re publicly-traded.

Once they get huge to a point, it seems clear to any critically-thinking soul, that it’s easy to lose sight of what it is they do – as they view everything in dollar signs, performance, and market share. The “food” they sell almost seems secondary.

We sometimes wonder if there is something deeper, and more sinister behind it all. Like is it possible that multiple big money machines are in cahoots with one another? Like can the medical or pharmaceutical industries be working with the food corporations to create even more “paying” customers? How big is this evil cabal against humanity? We’d sure love to find out (the truth) one day.

But the way they sell things to people is insulting. Especially for those that (unknowingly) fall for it all.

Screentime Favorites (and other entertainment tie-ins)

What caught our attention was this rickety cardboard display of chemically-processed “snacks” at one of the ShopRite Supermarkets we frequent.

Big logo indicating that you will be eating (shoveling) while passively engaging in manipulative visual content.

Fancy graphics on the packages that are in-tune with the branding of the program you’re also immersed in. 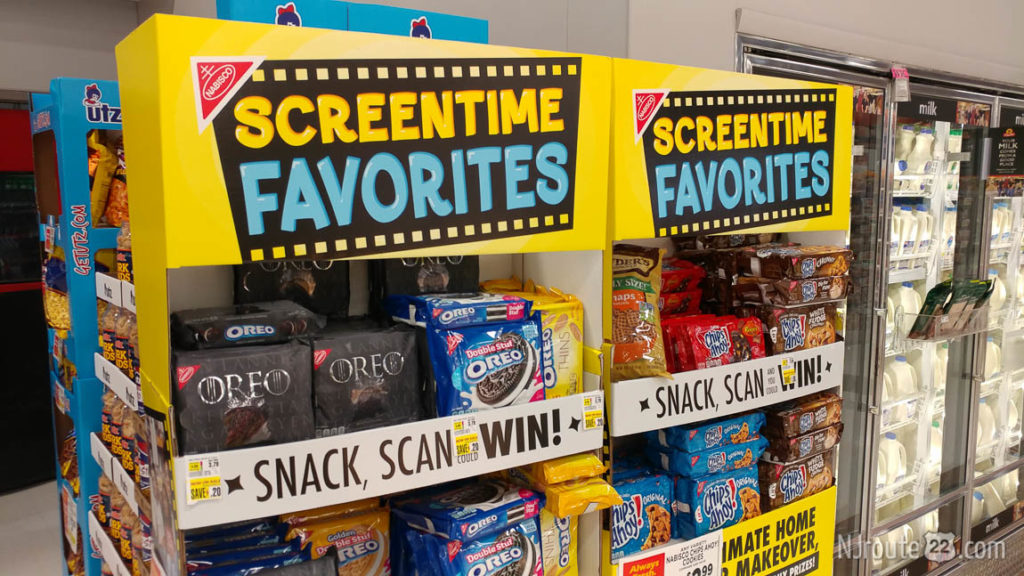 What’s the harm? Freedom of choice!

To play devil’s advocate here – one might suggest that this is capitalism. Free will if you want to put it that way.

“We’re all adults, and have the ability to not buy-in, right?”

But the psychology behind all of this isn’t an easy nut for most regular people to understand.

You have systems feeding each other. Like tentacles of a beast trying to subdue its victim. Each “hook” they have in the target just makes them weaker. And it works. You know it’s a thing when they’ve been marketing cartoon foods to kids for eons!

This is no accident – it’s all done with that greedy goal in mind, with zero concern for the outcome other than profit.

Sure, there are people that get it – but they are in the very small minority.

As long as there is “demand”

We all know that “healthy” is a strong force in the food industry. But even stronger is profit. And even stronger than that, we feel that there is some morbid connection to the overall (lack of) health in society.

A truly healthy populous would result in one of the largest industries in the world suffering major losses. Imagine what havoc would take place if we also had a highly educated populous? Less poverty, wealthier individuals, and fewer evil corporations.

As sick as it sounds, there are very large entities in this world that LOVE when people need medical assistance. It’s their bread and butter. No pun intended. It’s hard to prove, but we wouldn’t be surprised if they literally engineered the woes of the world.

However, if the tide does turn at some point in the future – there will still be companies and organizations that seek to take advantage of whatever results in the most amount of money and control.

Put your thinking caps on and draw the dotted lines to put it all together.

PS – if you want to get an idea of how screwed up this is – do an image search for Game of Thrones Oreos. Not only look at the amount of coverage – see what other results come up as “suggested.” Of course – “where to buy” was one of the most typed searches. That is how deep the tentacles go.

Yes, this is your life now.