Getting Ready {for the winter or the unknown?}

Getting Ready {for the winter or the unknown?}

Most people in this country are likely oblivious to what is happening in the world. On the flip side, there are a growing number of people who not only take pride in being prepared, but they believe something unpleasant may be headed our way.

The time to get ready is before whatever you’re preparing for arrives. I’m preparing for several distinct – and imminent – possibilities. The first is that I may soon be unable to buy anything without Diapering – which is something I have decided I will not do, no matter the consequences, because of the principle at issue. Which is acceding – or even appearing to accede to – this cult of sickness that has infected the country. Spread by the most despicable purveyors of Fear since Julius Streicher and deserving of similar justice one day.

I will not wear the Diaper – even for just long enough to get in the door – for the same reason I would not wear a swastika armband, even for a minute. Everyone has their line in the sand – the thing they cannot tolerate – and this is mine. 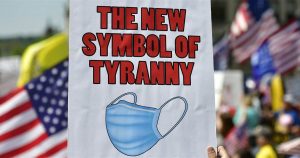 Second, even if Diapering remains avoidable, “peaceful” protests may not be. Whatever happens this November, it is very likely something ugly is going to happen. If the Orange Man gets Four More Years, the rabidized Left will go berserk. They will not accept the results – unless the Orange Man loses. If he doesn’t, expect Portland everywhere. If he does, expect the rest of the country to go berserk – when the cretinous socialists impose a National Diaper Mandate and everyone who opposes it will be made to understand the choice will be bending knee to the Diaper – and the Needle – or fight. 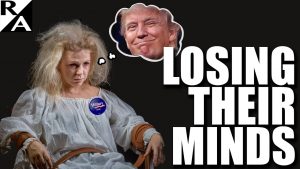 Not with words, either.

So, I am getting ready and thought I’d write about some of the ways I’m trying to do that.

This is absolutely essential, even more so than food. You can live without eating for much longer than you can without drinking. What if the water is turned off – as Gesundheitsfuhrers haver already threatened to do (see LA)?

If you store some water right now – as by filling up a 500 or even 1,000-gallon tank (these are easy to find and cheap to buy) you will have a supply even if the Gesundheitsfuhrers turn off the spigot.

And the electricity – for those on a well, like me. I am independent of city/county water. But my water is way down in the ground – and it takes a pump to get it out of the ground. Which takes electricity. Which is why I also keep at least 30 gallons of gas on hand at all times, to run the generator – which can power the pump. 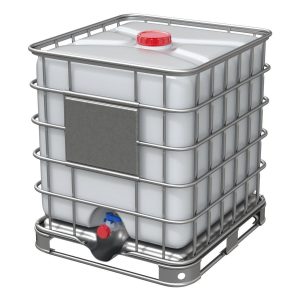 It is not necessary to run the gennie continuously to get water, either. Just run it long enough to refill your storage tanks. Now you have water – again and again. Thirty gallons can run a generator for 30 minutes for lots of 30-minute sessions. Long enough to probably never have to worry about water for at least as long as Sickness Psychosis runs its course.

It’s fine to stock up on food; but you’ll eventually eat what you’ve stored – and stored food also goes bad, eventually. Plus, it’s often monotonous food – beans and rice, pasta, etc. Without a doubt better than not eating. Or Diapering. But you can eat better – and healthier – without Diapering – if you have fresh food.

Which is another way of saying renewable food.

Fresh eggs, for instance. Laid – over and over – by chickens and maybe ducks, too. I got a small flock of both, which will soon be providing me with 4-6 eggs every day. That’s high protein calories, too – and largely free as my flock free ranges. The birds eat free in other words – and thus, so do I.

In winter, it will be necessary to feed them – pellets and such – because the grass isn’t growing, the worms aren’t showing and the bugs and such that birds like chickens like to eat are all dead.

So stock up on feed for them, too. 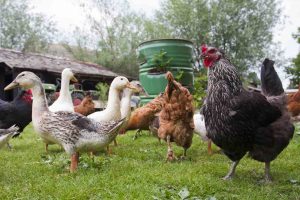 Which you can also grow – in the winter –  if you have a greenhouse garden. For them and for you. I am working on that; an eight by eight walk-in space with power (running a single 115V line from the panel is simple) so that there’ll be both light and heat so that the plants will grow. So that there’ll be food – fresh food – without having to Diaper (or be Needled) to get it.

We all know what that it is – and the time to get some is now, especially in states (like mine) run by people like the Coonman, who in addition to being a Gesundheitsfuhrer is also a known opponent of the actually peaceful’s right to defend themselves against those who aren’t peaceful.

But don’t forget the thing without which the means of repelling not-peaceful people is useless. 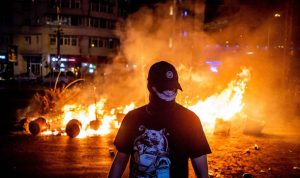 It is at least as important as having the thing which is capable of shooting it. Both may become scarce as well as illegal in the months ahead. Both are also fungible.

Brass and lead hold their value at least as well as gold and silver and maybe even more so as the former have innate value as such (as a means of getting food and providing protection)  that goes beyond their value as precious metals.

Bullets are even divisible in the same way that coins are; both being a specific weight and easily “spent” – in both the abstract/economic way as well as the physical way.

What if they turn off the heat – or rather, the means by which it’s made? No electricity – no heat, if your house has heat pumps. No gas, same deal. But if you have wood – and a fireplace – you won’t freeze, even if they do turn off the heat.

Buying a few cords of seasoned firewood right now is a very good idea. An even better idea is investing in a wood stove/insert to replace your fireplace as these are much more efficient than a standard fireplace; they produce more heat (or rather, less heat goes up and out the chimney) and they burn less wood.

If you have a propane heater fill those tanks now – while the gas is available and before it costs three times as much to fill them up. Consider buying a second or larger tank to have enough gas to carry you through the whole winter. 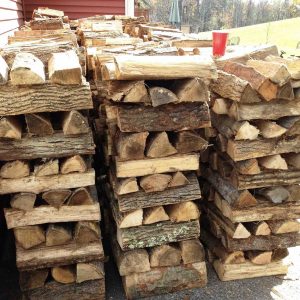 Remember that you can also cook – and heat water – with wood (and gas). Even a backpack stove is viable for this purpose and you might want to invest in one of those for just-in-case.

Look for one that will burn several types of fuel, such as Coleman fuel and regular gas, for example.

These are things you can live without but without which life will be a great deal less enjoyable. Coffee, for instance – if you like coffee. It is hard to grow your own, unless you live in South America. So it’s better to stock your own – a year’s supply of freeze-dried bricks is the ticket because both cheap and very amendable to storage. Sugar is another – and not just because it’s sweet. It can be used to ferment things or help them ferment. Jams and jellies also store well and can be used as sweeteners as well as desserts in their own right.

Not so obviously, things to feed your mind. Like books – not electronic, but physical. And perhaps also the physical company of people not infected with Sickness Psychosis or Trump Derangement Syndrome. To keep you sane and to keep you both safer than you’d be on your own.

You can think of more to add to this list, of course – which is the point of writing about this.

The time, as they say, is now.

For tomorrow it may be too late.