Are some retail locations impossible on Route 22?

We find the retail landscape around NJ and beyond fascinating. Well, at least we found a way not to be entirely bored by it. But some of the things that interest us are “locations” and the types of businesses that attempt to make a profit.

There is a stupid phrase in the Real Estate industry: “Location, Location, Location,” which is highly subjective based on what is desired. However, it may ring true for certain operations, especially those that rely on other people, right?

While an Apple store would likely crush it wherever it opens (half the people have and use Apple devices daily), a food store or restaurant is already handicapped because of preference and competition.

So this spot along Route 22 in the Lebanon / Clinton area is definitely fighting the odds.

Located between the Cokesbury Road and Oldwick Road exits off Route 78, this little building holds two restaurant spaces. All which have somewhat “rotated” for as long as we can remember. With very few businesses lasting more than a year or two.

Just a few months ago it was the Smokin Hog Deli BBQ Restaurant. Looked promising, as we love BBQ. But the place was unwelcoming, lacked identity, and whoever worked there didn’t understand how to embrace any soul willing to walk in and inquire.

Now coming soon is an Italian Deli called Cosimo’s. We’ll have a separate entry for them the closer they get to opening up. 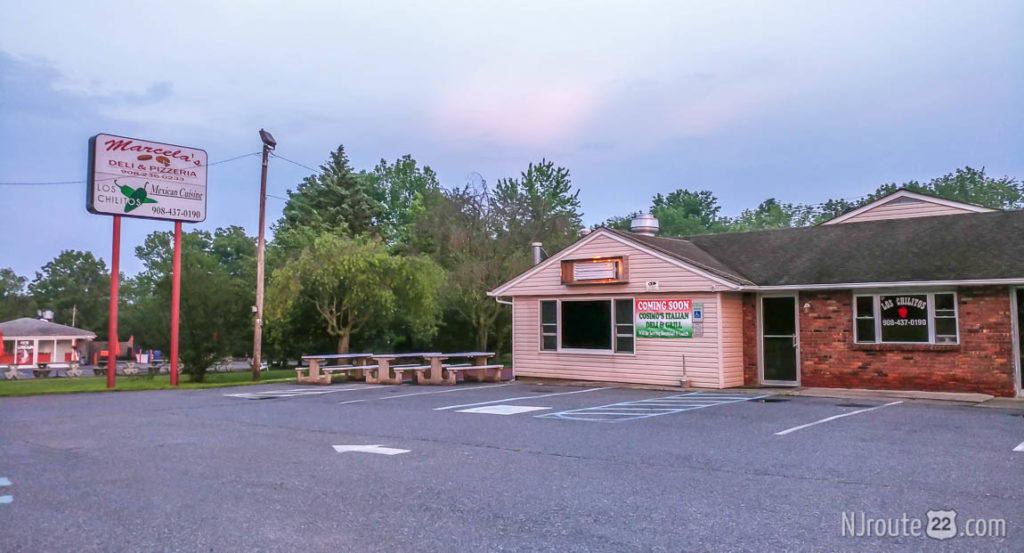 Italian delis are definitely something that people, in general, like. (We dig the K&S Italian Specialties down at the Somverville Circle.)

They usually do great in moderate-sized suburban and urban areas with fairly decent population size.

But how would they do in a less-populated area?

Are they going to hope they get significant catering deals? We hope so because we cannot imagine the daily lunch traffic being so big. Perhaps, with Unicom Global Science & Technology Park down the road – maybe there is a chance. People do need to eat.

And there aren’t too many genuine Italian Delis in this particular area. The closest is perhaps Jerry’s Brooklyn Grill in Whitehouse, but it’s more a breakfast/lunch restaurant and less of a “deli.”

We wonder what kind of market research businesses do before they invest in an operation like this. That has overhead, and so on. 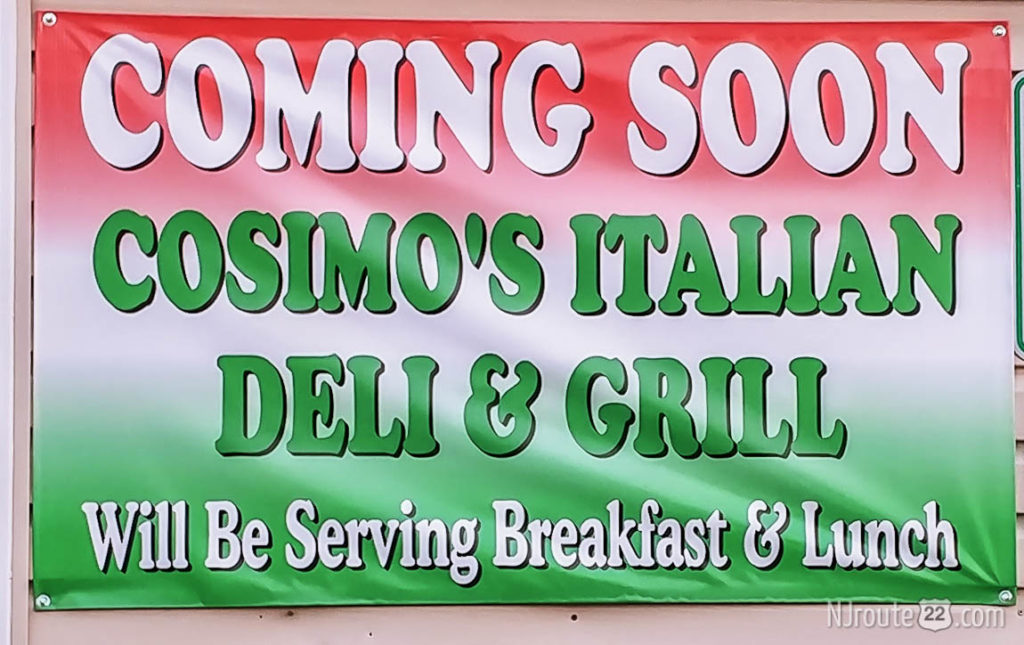 Maybe a moderate profit is enough?

The more we think about this – perhaps “striking it rich” with a massively profitable business isn’t expected in certain parts of the state.

Maybe a decent salary is enough? It’s possible that most small businesses across the country do not expect “startup” style millions the way tech companies do.

A lot of people work hard at “regular” jobs, and are happy with 50k annual salaries. Sure, owning a small business is almost always harder than other jobs (insane hours, business management & paperwork), but with it also comes the satisfaction of working for yourself. You are your own boss.

But running a food business is one of the hardest to make work. First, you have to make good food and be well received by the community.

Then, the business must run lean, with as little waste as possible. That is hard when you deal with food that can spoil relatively quickly. If we ran a deli, it would pain us to throw out anything we paid for but didn’t sell. A lot different than stuff that can just sit on a shelf in perpetuity.

At the same time, we imagine the markup on most food probably allows you to sell less than half and still profit somewhat. But still!

As we mentioned before – location does play a significant role in whether any business survives. You need people and significant traffic for most retail operations.

The further west you go in NJ, the less dense the population. Even with a major interstate highway nearby. (That is why chain fast food usually succeeds – familiarity and relatively low prices).

Another thing that plays a huge role is local town government – and their willingness to support local businesses. I’ve talked to a few places that have had immense difficulty with local zoning and planning boards, who make it quite difficult for even simple things like signs, etc.

Sometimes that is all it takes to boost a small businesses profits. Being noticed. Social media is not the holy grail for success – even in 2019.

There are some shops around the more sparsely populated stretches along Route 22 that would benefit with just improved visibility, but some towns just don’t allow it. Or they get tangled up in beauracratic red tape.

But we always root for small business

The point of this piece isn’t to knock people for trying. Just the opposite. We want to see local, small businesses to thrive. It sure beats the homoginization of society that is happening all around us.

You know, all the same chains, limited choice, bad processed food, and the same look and feel everywhere.

We just wonder what most people think when they do give it a shot. How well do they plan? Or do they just wing it and pray for the best?

And how do you find that sweet spot where you can swing a respectable profit – and provide your customers with a good value? Especially if volume is not entirely in your favor? A very tricky task. And don’t forget the other notable quote: “You only get one chance to make that first impression.”

There are definitely a multitutde of reasons over 90% of small businesses fail within 5 years.