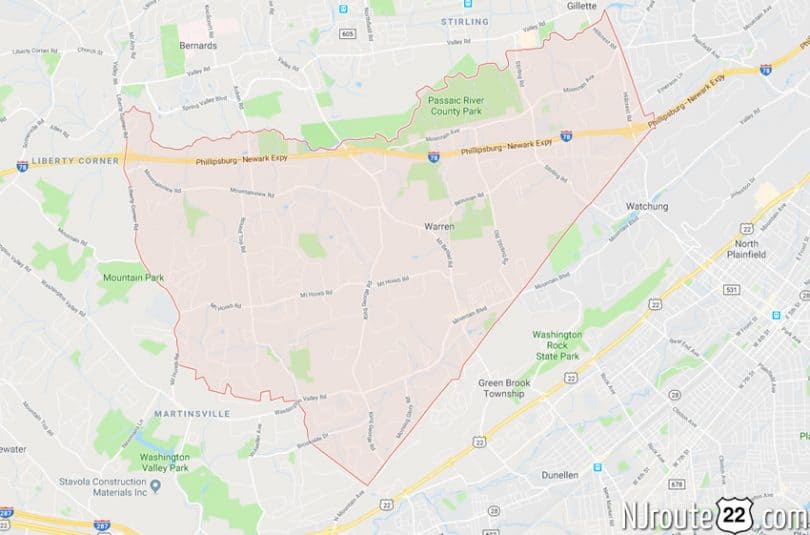 Warren, NJ may not be on Route 22 – but it sure is close. What will we find in Warren?

In July 2009, a mainstream publication ranked Warren sixth in the nation on its list of “Best Places to Live” in the United States, citing in particular its schools, June carnival (the Lions Club’s annual “Expo”), “wide open spaces” (generally 1.5 acres (6,100 m) per house), 74 “working farms” (“taxed-as-farmland” tracts, but rural, nevertheless), and proximity to New York City.

Warren was originally inhabited by the Lenape Native Americans and was settled in the 1720s by European farmers. As early as 1900, it became a destination for wealthy residents looking to escape nearby New York City. Warren was incorporated as a township by an act of the New Jersey Legislature on March 5, 1806, from portions of Bernards Township and Bridgewater Township. The south-eastern half of the original township (which was close to a railroad and contained most of the population) was separated off as North Plainfield Township (since renamed to Green Brook Township) on April 2, 1872.

Warren was named for Revolutionary War patriot, General Joseph Warren, who was killed at the Battle of Bunker Hill. Warren celebrated its 200th anniversary in 2006.

There were 5,059 households, of which 42.7% had children under the age of 18 living with them, 75.8% were married couples living together, 6.6% had a female householder with no husband present, and 15.3% were non-families. 12.7% of all households were made up of individuals, and 6.4% had someone living alone who was 65 years of age or older. The average household size was 3.01 and the average family size was 3.30.

The insurance company Chubb is based in Warren.

Wagner Farm Arboretum, which consists of 92.6 acres (37.5 ha) the former Wagner Dairy Farm that was acquired by the township in 2001.

People who were born in, residents of, or otherwise closely associated with Warren Township include: 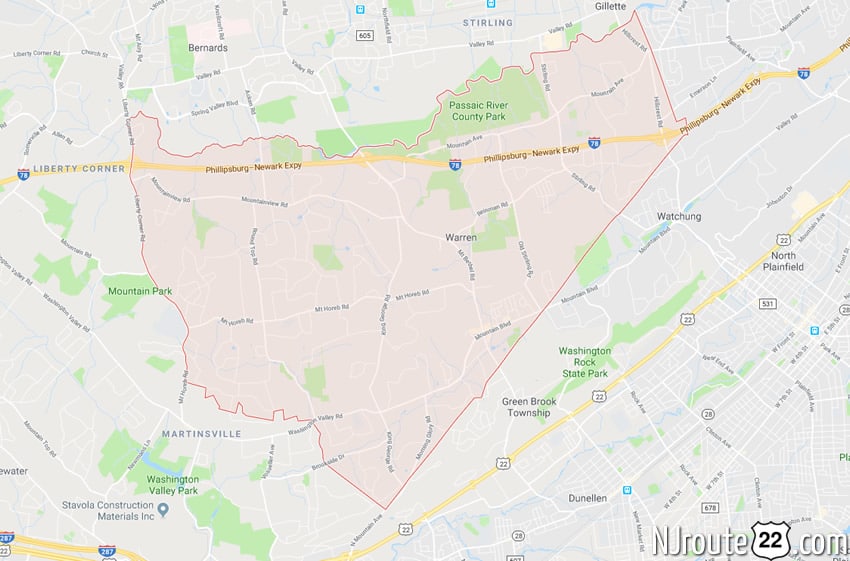