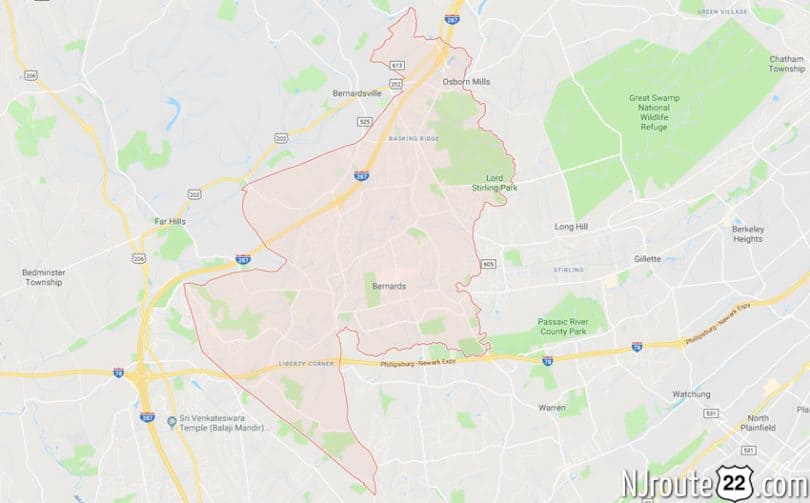 Bernards, NJ is another fairly large suburb in NJ – with good commuting to NYC and easy access to major highways.

Bernards Township was originally formed by Royal charter on May 24, 1760, as Bernardston Township from remaining portions of the Northern precinct. It was incorporated as Bernards Township by an act of the New Jersey Legislature on February 21, 1798, as one of New Jersey’s initial group of 104 townships. Portions of the township were taken to form Warren Township (March 5, 1806), Far Hills (April 7, 1921) and Bernardsville (March 6, 1924). Bernards Township celebrated its 250th charter anniversary on May 24, 2010. The township was named for Sir Francis Bernard, 1st Baronet, who served as governor of the Province of New Jersey.

The township is roughly bounded by the Second Watchung Mountain in the southwest, the Dead River swamp on the south, the Great Swamp National Wildlife Refuge, Passaic River, and Millington Gorge in the East.

The headquarters of Avaya, Barnes & Noble College Booksellers, Fedders, Hitachi Power Systems USA and Verizon Wireless are located in the township. Verizon Communications, which maintains its world headquarters in New York City, has located operations of its major business units in buildings that were formerly AT&T’s world headquarters.

New Jersey Transit train service is available at the Basking Ridge station and Lyons station on the Gladstone Branch, providing service between Gladstone and Hoboken Terminal.

People who were born in, residents of, or otherwise closely associated with Bernards Township include: 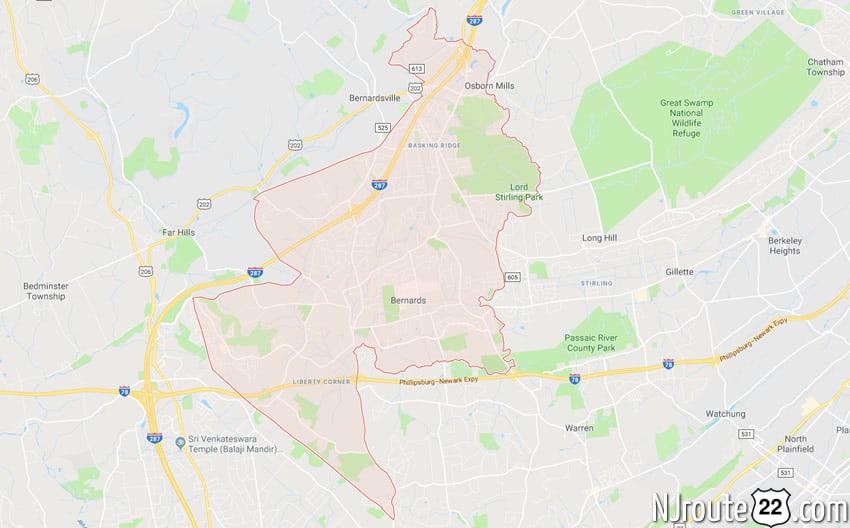