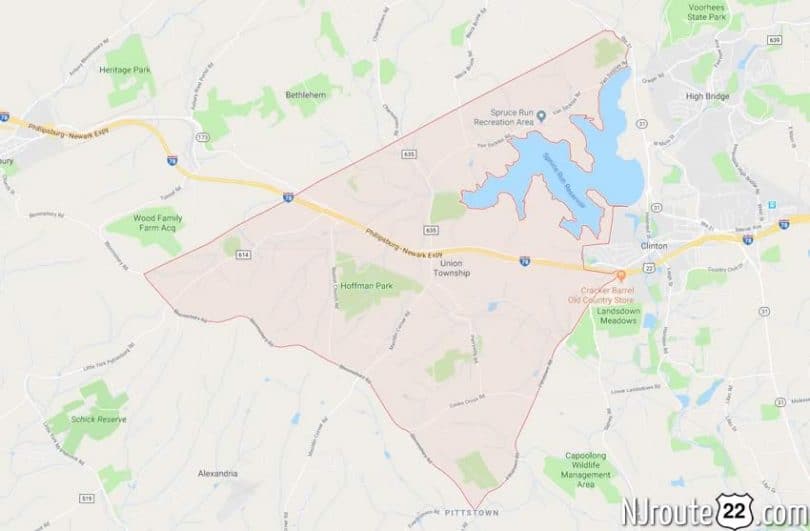 Union Township is a fairly large NJ city with not a whole heck of a lot going on per se. Route 173 (aka “old Route 22”) runs parallel to Route 78 / Route 22 through the entire township. We’ll see what we can find in these parts!

Union Township is a township in Hunterdon County, New Jersey, United States. As of the 2010 United States Census, the township’s population was 5,908, reflecting a decline of 252 (-4.1%) from the 6,160 counted in the 2000 Census, which had in turn increased by 1,082 (+21.3%) from the 5,078 counted in the 1990 Census. The southwest half of the township lies on what is known as the Hunterdon Plateau, the northwest corner consists of the Musconetcong Ridge and the northeast section is part of the lower-lying Newark Basin around Spruce Run Reservoir.

Union was incorporated as a township by an act of the New Jersey Legislature on February 17, 1853, from portions of Bethlehem Township. Clinton Town was formed on April 5, 1865, within portions of the township, and became an independent municipality in 1895. The township was named for Union Furnace, which was producing iron from 1742 until the 1780s. The name “Union” was chosen over the alternative “Rockhill”, which was a community at the southern end of the township.

Union Furnace and its forge produced cannonballs for the Revolutionary War and shoes for horses and oxen, as well as farm implements. Forests gave way to farm fields as trees were cut down to stoke the furnace. A farm community developed, together with basket making and tanning industries.

A local news-rag “ranked” Union Township as its 21st best place to live in its 2008 rankings of the “Best Places To Live” in New Jersey.

Pittstown is an unincorporated community that is also spread across Alexandria Township and Franklin Township.

There were 1,752 households, of which 33.8% had children under the age of 18 living with them, 61.6% were married couples living together, 5.5% had a female householder with no husband present, and 30.3% were non-families. 24.8% of all households were made up of individuals, and 7.2% had someone living alone who was 65 years of age or older. The average household size was 2.57 and the average family size was 3.12.

People who were born in, residents of, or otherwise closely associated with Union Township include: 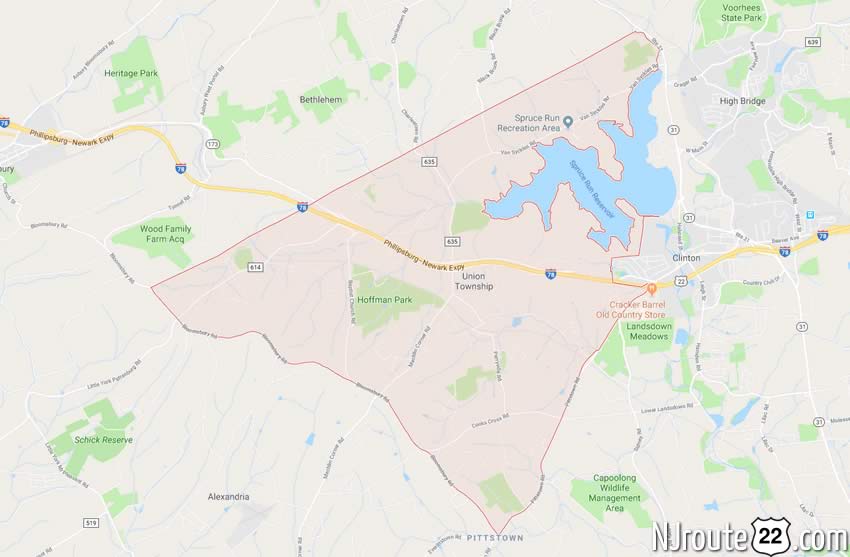