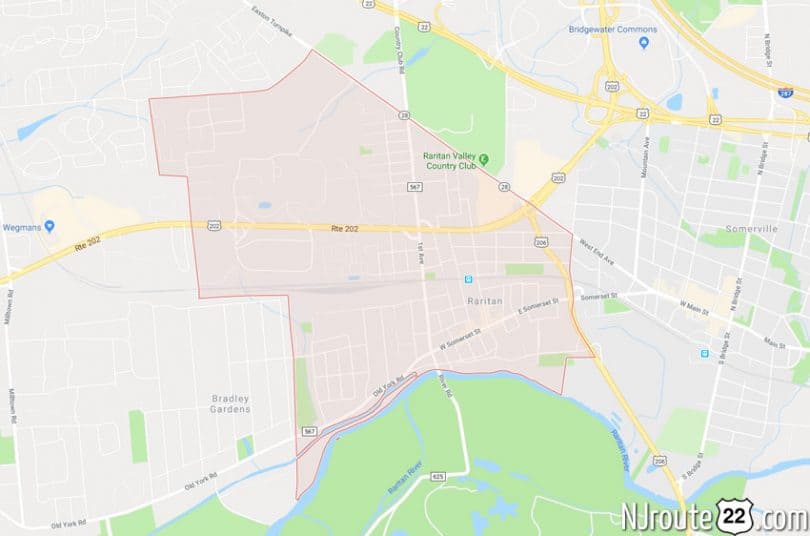 Raritan is noteworthy in NJ due its retail shopping, large corporations, half of the Somerville Circle – and home to a major NJ Transit Station.

Note that this is a borough – and Raritan Township is about 10 miles to the south along 202.

The township’s name is derived from the Raritans, a Native American group of Lenapes. The name of the tribe is said to mean “forked river”, “stream overflows” or “point on a tidal river”. 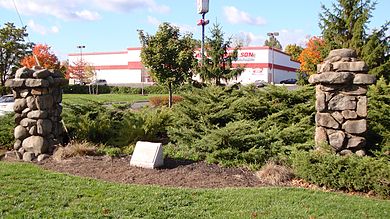 Raritan town was originally established as a subdivision within Bridgewater Township by an act of the New Jersey Legislature on April 3, 1868. After a series of bitter lawsuits between Raritan and Bridgewater in the 1930s and 1940s, the Legislature allowed Raritan to become a fully independent Borough by an Act on May 12, 1948, based on the results of a referendum passed on June 12, 1948. The new borough incorporated the old town and an additional portion of Bridgewater Township.

The Knox–Porter Resolution ending United States involvement in World War I was signed by President Harding at the estate of New Jersey Senator Joseph Sherman Frelinghuysen, Sr. on July 2, 1921.

Raritan is in the western division of the Raritan Valley (a line of cities in central New Jersey), along with Branchburg and Bridgewater.

U.S. Routes 202 and 206 intersect with NJ Route 28 at the Somerville Circle on the borders with Bridgewater Township and Somerville, with the eastern half of the circle located in Raritan. As part of an ongoing effort to improve traffic safety at the circle, the New Jersey Department of Transportation has made a series of changes to the structure of the traffic circle, originally constructed during the 1930s. With the suburbanization of the area, the circle was handling an average of 70,000 vehicles each day. In 1994, an overpass was completed to allow traffic on Route 202 between Flemington and Interstate 78 and Interstate 287 to avoid the circle, though the rate of accidents grew from 195 in 1991 before the project started to 302 for the year after the overpass was open to traffic. After yield signs were added in February 1995, the accident rate increased again, to an annualized rate of 400 per year.

The Raritan train station offers New Jersey Transit service on the Raritan Valley Line to Newark Penn Station. The station is north of the town center on Thompson Street. The station building is south of the tracks in the main parking lot and was built in the early 1890s. There are also three other small lots for this station. Raritan is the last station to the west that is served by all Raritan Valley Line trains. Farther west, service is rush hours only.

The borough is served by the CAT-2R route, operated by Community Access Transit.

The Raritan Public Library is located in what was originally the homestead of General John Frederick Frelinghuysen.

People who were born in, residents of, or otherwise closely associated with Raritan include: 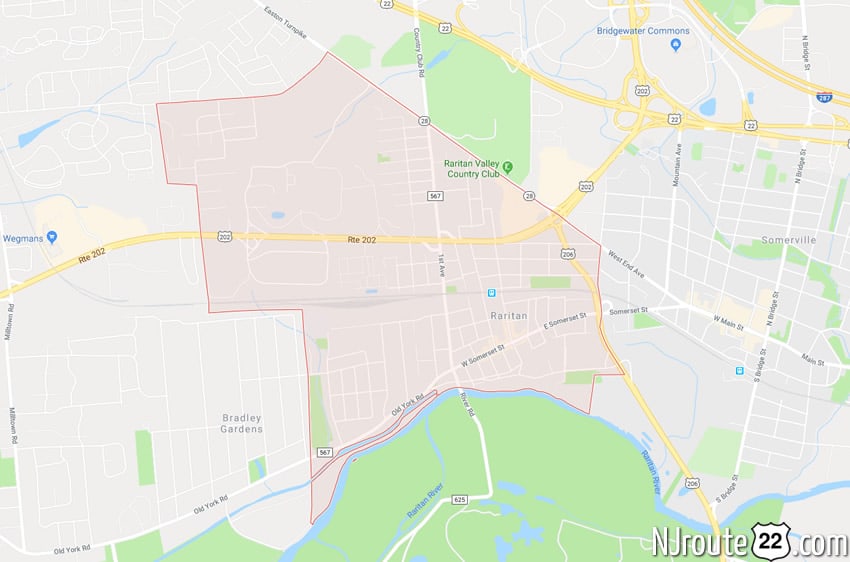