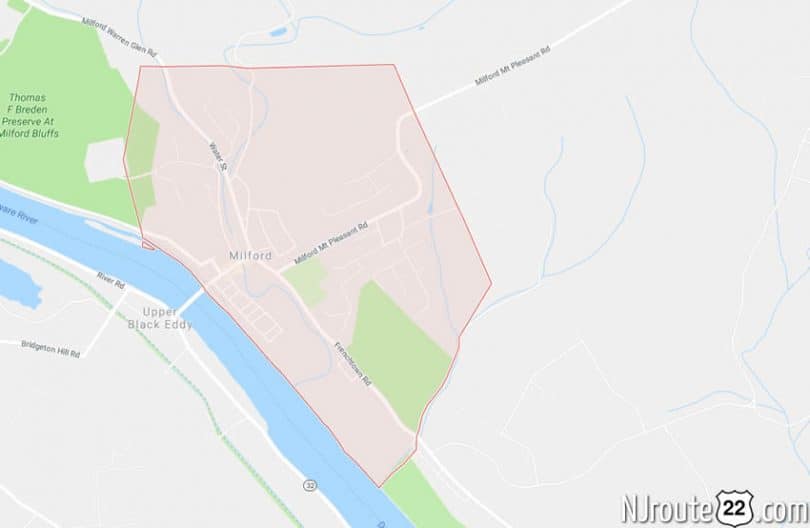 Milford, NJ is fairly off the beaten path for NJroute22.com – however, we feel there are a couple reasons why it’s worth the trip out there. Stay tuned to find out! 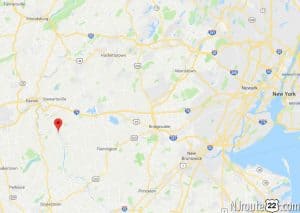 This puts where Milford, NJ is in perspective to the NYC tri-state area.

Milford was incorporated as a borough by an act of the New Jersey Legislature on April 15, 1911, from portions of Holland Township, based on the results of a referendum held on May 8, 1911. The borough’s incorporation was confirmed on March 13, 1925.

The borough is located on the Delaware River in the western portion of Hunterdon County, known as the Hunterdon Plateau. The Borough dates to the mid-18th century when a grist mill was established here. After the mill was destroyed by fire in 1769, the settlement became known as Burnt Mills. The area was renamed as “Lowreytown” after Thomas Lowrey purchased land in the area in 1796. The community became commonly known as “Millford” or “Millsford” by the beginning of the 19th century, but by 1844 the name had lost a letter or two. It was incorporated in 1911 but the official incorporation was not registered until 1925.

There were 520 households, of which 26.7% had children under the age of 18 living with them, 51.7% were married couples living together, 7.9% had a female householder with no husband present, and 36.3% were non-families. 28.8% of all households were made up of individuals, and 12.3% had someone living alone who was 65 years of age or older. The average household size was 2.36 and the average family size was 2.93.

The Upper Black Eddy – Milford Bridge, owned and operated by the Delaware River Joint Toll Bridge Commission carries Bridge Street across the Delaware River, connecting CR 519 in Milford with Pennsylvania Route 32 in Upper Black Eddy, Pennsylvania. The existing bridge was constructed in 1933 on the site of a covered bridge built in 1842 and another partially destroyed in a 1903 flood. The bridge is a Warren truss that extends 700 feet (210 m) across the river.

People who were born in, residents of, or otherwise closely associated with Milford include: 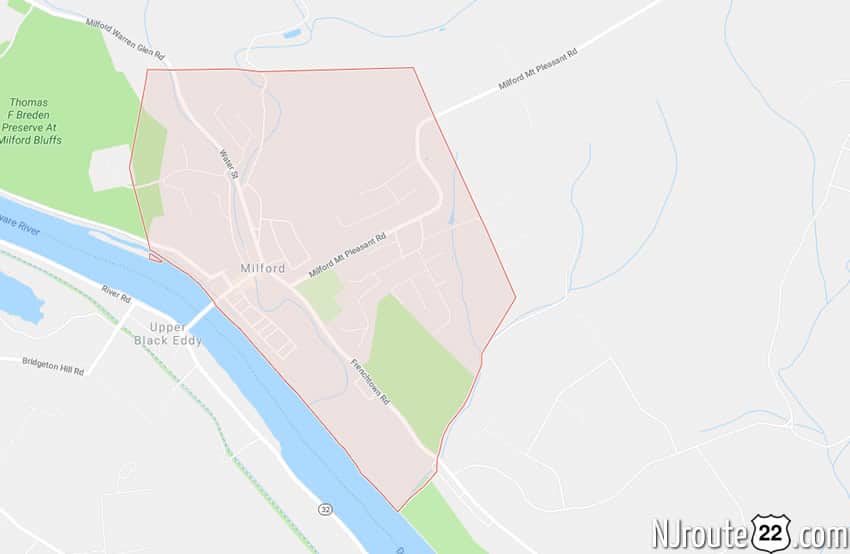