We have the “safest” cars in the world on our roads these days. But yet the controls that threaten everyone with “legal” pickpocketing are getting worse. Seems illogical, doesn’t it?

Why we can’t drive faster…

Almost everything about cars has changed over the past 50 years – except for how fast we’re allowed to drive them.

In 1970, you could legally drive 70-75 MPH on most highways – in cars with drum brakes, without ABS and not even one air bag. There was no Lane Keep Assist or Automated Emergency Braking and the headlights were pitiful things by the standards of the 1990s. 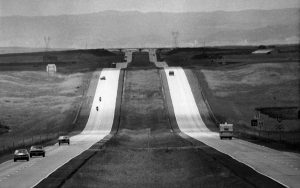 But we can’t legally drive faster today in cars with more technology – and capability – than the race cars of 1970.

What then is the point of all the technology?

Yes, I know. “Safety.” The accident (and fatality) rate has declined as all this stuff got glued to cars. But surely it’s safer to drive a 2018 model year car faster than 1970s speeds? If it isn’t it sure seems like a lot of bother for not much gain.

The problem, of course, isn’t the cars or the technology or even the speed laws. It is the low and declining quality of the average driver, which is a function of the fact that not much is expected of drivers in terms of skill or judgment. They are expected to Follow The Rules, whatever those rules may be and no matter how silly it may be to follow them in a given context. Think, for example, of the drones – and that’s just the right word – who will not budge at red lights that never change; who will remain in place even after multiple cycling of the light which never gives them the green.

Because it’s The Law.

An image of naked savages prostrating themselves before a grimacing totem pole comes to mind. 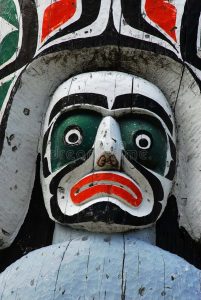 Drivers have been habituated and browbeaten into a state of near-paralytic deference to Rules (no matter how silly) hypercaution, torpidity and passivity. They are nearsighted old ladies – by the standards of 1970.

The single most important “safety” system – the driver – has been all-but-outlawed. The result is a kind of perverse tug-of-war between conflicting elements, the conflict engineered by a government which feigns concern over our well-being but which is really interested in control above all.

In 1970, drivers were in full control. They had complete sovereignty over their cars. No one else was responsible for braking and steering and paying attention – so they did all of those things and because they had to do them, the average driver had no choice about learning how. It was not only expected, it was required.

Assuming you wanted to drive. 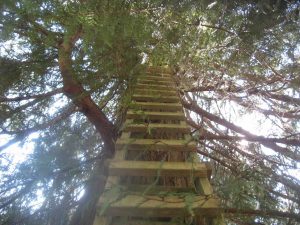 By way of analogy, it was like when you were a kid and your friends built a tree house way up high. If you wanted to get up there, you had to summon the gumption – and have the physical skill – to haul yourself, hand-over-foot, up the tree trunk using those sections of 2x4s boys used to nail to tree trunks as makeshift stairs. If you didn’t have the gumption or the skills, you stayed on the ground and didn’t get to smoke cigarettes and look at your buddy’s dad’s stolen Penthouse mags. There was no elevator  to take you up the tree in “safety.”

And thank god for that.

Today, every possible technological means is deployed to “assist” the driver – meaning, take him out of the equation in favor of machine-minded control of the car. Which is exactly like using an elevator to take a kid halfway up the tree, then suddenly opening the door and expecting him to climb up the rest way without his ever having acquired the skill or the confidence to do it. 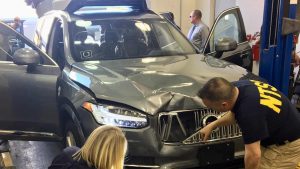 It’s worse than that, actually.

For the example to directly parse, the kid would need to be asleep in the elevator and then suddenly shoved out the door and expected to make it up the tree on his own. Probably, he’ll fall down – or just cling to the trunk and cry.

This is just what occurs when distracted/asleep/incompetent drivers are claxoned back to awareness by technology just in time for them to enjoy the wreck. That Uber driver, for instance, whose automated Volvo ran over the pedestrian. He wasn’t driving – nor expected to. The law still nominally requires the driver to drive but that is a relic of 1970, like the Fourth Amendment’s prohibition of probable cause-free searches.

In every way but the outright explicit, the driver is encouraged not to drive. To rely on technology. To play with technology.

Anything but drive the car. 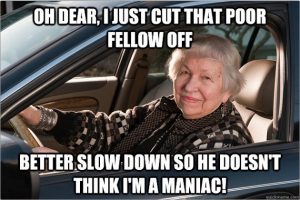 Which is why we aren’t allowed to drive faster than we were back in 1970. It wouldn’t be “safe”. . . given the Down Syndromian behind-the-wheel capabilities of the typical driver of 2018. Who meatsacks behind the wheel of a car with not only more power but much more braking power and handling prowess than the race car driver of 1970 enjoyed.

Such a waste. On par with celibate supermodels and alcohol-free beer.

If drivers had kept pace with technology – which they would have, absent 50 years of conditioning them not to drive and especially not to become good at driving – the average driver could drive a 2018 model car at 90-100 MPH or even faster more safely than a 1970 driver on the same highway could at 70-75.

But – warning, politically incorrect  term is about to be set loose – retardation is the byword of our times. Technology not only supplants intelligence, it gimps intelligence Ability is  discouraged. The exercise of individual judgment – particularly when it runs counter to the rules is viciously punished.

It’s the reason why record high percentages of teens and young adults don’t even have driver’s licenses – and many say they have no interest in getting one. Understandable. Driving has become meatsacking. There’s not much fun in it.

Like being elevator’d up to the treehouse – and forget the cigs and dirty magazines.