Do you have a technology code of conduct?

Should you have a tech code of conduct for yourself?

You know how when the “government” of America was formed, it was supposed to be insanely “limited” to prevent things from getting out of control? Well – look to today to see what happens when things aren’t kept in check. The same logic can also be applied to tech. And why a technology code of conduct is important now more than ever.

Technology, as it evolves – does have some benefits. “Some” is the key operative. However, when you let it CONSUME your life – well, it gets out of control in ways you haven’t begun to realize (yet) because you’re still having fun and supposedly “reaping” the so-called “benefits” (as you’re led to believe) of such a lifestyle. 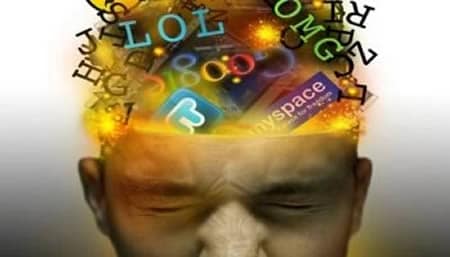 All it takes is an hour of casual observation of ANY city street. NYC, Jersey suburbs, or even far away rural enclaves – the evidence is identical. People are “connected” no matter which direction you look.

It could be “augmented reality” games or the impossible to stop looking at (and comparing your life to…) social media sites.

The psychological model is complete. People cannot and will not let go. Nothing else matters to them. There is no debate – and if you attempted to start one, you’d be talking to a blank wall.

That is the sad part, that hardly anyone is self-analyzing the meaning of this tsunami of technology and “must-haves.” And those that do – get “shunned” as being out of touch. Here’s an internet meme for you: Wow. Just Wow. (Hate that!)

Why let technology and communication be your ruler?

We started seeing the writing on the wall over a decade ago. It was when I first signed up for Twitter. To see what all the hype was.

Back then – I was saying to myself “what kind of nonsense is this public graffiti-wall-noise-fest? I’m not doing it.”

We didn’t so-called “embrace” Twitter until years later when we realized some folks out there took the bait. Plus, some privacy improvements made the “tool” (if you would call it that) somewhat useful for our endeavors. While we rarely, if ever “converse” (which is impossible) on Twitter or Instagram – we do use some tools to send our published stories automatically. Same goes for half a dozen other moronic social media sites. The less personal involvement I have with that social cesspool, the better. But they say you need to do it in order to be “found” by people these days. No one searches anymore.

But what is all the nonsense that takes place on those platforms? Are we the only ones that find very little real-world value in them?

Tweets, thumbs-up, likes – what good are they?

You know that phrase “anyone who is anyone…?” It meant that if you had at least a few people you knew… Or had some kind of input or influence with or over.

Today? Everyone is anyone. People from all walks of life – regardless if they have 25 “followers” or hundred or thousands of “followers.” When someone “likes” something, or posts an opinion along with a link to the source – THEY ARE literally BLOGGING in under 280 characters. For free.

Without contemplation. Without a sensible “arena” to have a decent discussion. Opinions fly around like gnats on a hot, humid summer day. There is no rhyme or reason! No “forward progress” whatsoever. Just sound bites. Those are also quickly forgotten unless they become “trending.”

I’ve witnessed what were (maybe) once noble people who might stand a chance at having decent and constructive conversations with other individuals – just get boiled down into social media machines. Even if their livelihood didn’t depend on it. They just “DO IT” because that’s what all the other “digitally talkative” maniacs are doing. Like society in a blender of hell. What does all that chatter produce other than another charity movement to donate to? Cui Bono? Hive mind? Mob mentality?

So what can you do? Well – we’ve taken a path that you might want to consider… see below.

As a preface – this “tech code of conduct” we’ve attempted to institute upon ourselves is a “work in progress” (hence the digital naming format). It’s in “beta mode” at the moment. Your “mileage” may vary…

To be fair… what are people really doing on their phones?

Okay – a few seconds of “fair play” here. I suggest to myself that people aren’t doing stupid things on their cell phones. I try to give people the benefit of the doubt. Maybe they’re making a last-minute stock trade to prevent financial ruin? Or maybe they’re posting a crucial social media update to save the world from a dictator or natural disaster?

No – most of the time when I “observe” people – they’re on their must-scroll “social media timeline,” playing a game or catching up on the latest “must-know” celebrity gossip. They most certainly could use a tech code of conduct of their own for sure!

People have SO MANY apps or “inroads” to capture (or steal) their attention span now installed on their phones, which is why it has become the core of their lives.

The (real) anxiety that people get if they misplace, lose or forget their phones (or even just if the battery dies) is amazing. How did they voluntarily hand control over like that?

Just something for you all to think about as you spend time with your digital “companion.” Maybe you can use the phone to type your own tech code of conduct?