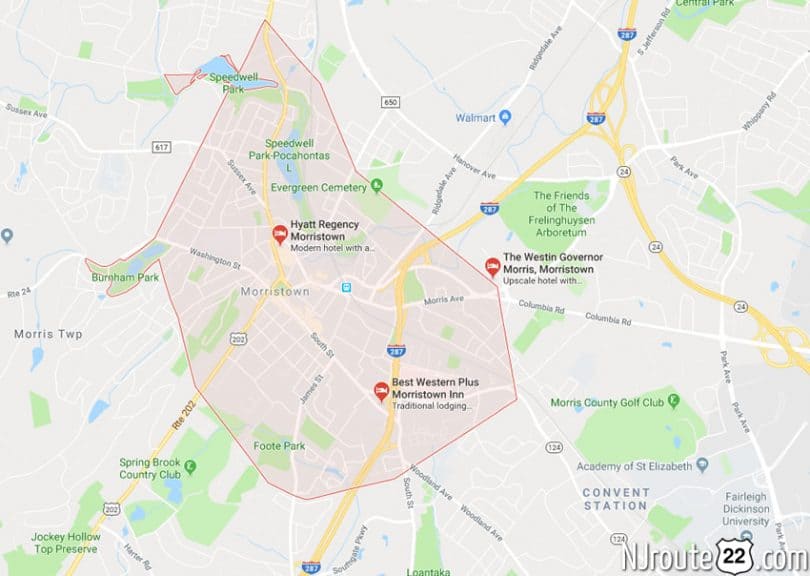 For whatever reason, we find ourselves in Morristown, NJ from time to time. A typical “modern” city with progressive ideals, etc. Just a 20-minute drive from the Somerville Circle area (with perfect traffic conditions), and this wonderful city can be at your fingertips. 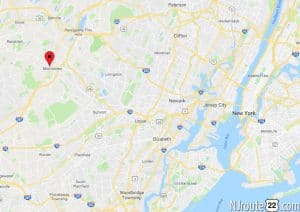 Morristown, NJ – in case you had zero idea where it was.

Morristown is a town in Morris County, New Jersey, United States. As of the 2010 United States Census, the town’s population was 18,411, reflecting a decline of 133 (-0.7%) from the 18,544 counted in the 2000 Census, which had in turn increased by 2,355 (+14.5%) from the 16,189 counted in the 1990 Census. It is the county seat of Morris County. Morristown has been called “the military capital of the American Revolution” because of its strategic role in the war for independence from Great Britain. Today this history is visible in a variety of locations throughout the town that collectively makeup Morristown National Historical Park.

According to British colonial records, the first permanent European settlement at Morristown occurred in 1715, when a settlement was founded as New Hanover by migrants from New York and Connecticut. Morris County was created on March 15, 1739, from portions of Hunterdon County. The county, and ultimately Morristown itself, was named for the popular Governor of the Province, Lewis Morris, who championed benefits for the colonists.

Morristown was incorporated as a town by an act of the New Jersey Legislature on April 6, 1865, within Morris Township, and it was formally set off from the township in 1895. 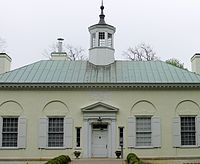 Washington’s headquarters at Morristown is now a museum in the Morristown National Historical Park.

The area was inhabited by the Lenni Lenape Native Americans for up to 6,000 years prior to exploration by Europeans. The first European settlements in this portion of New Jersey were established by the Swedes and Dutch in the early 17th century, when a significant trade in furs existed between the natives and the Europeans at temporary posts.

It became part of the Dutch colony of New Netherland, but the English seized control of the region in 1664, which was granted to Sir George Carteret and John Berkeley, 1st Baron Berkeley of Stratton, as the Province of New Jersey.

Morristown was settled around 1715 by English Presbyterians from Southold, New York on Long Island and New Haven, Connecticut as the village of New Hanover. The town’s central location and road connections led to its selection as the seat of the new Morris County shortly after its separation from Hunterdon County on March 15, 1739. The village and county were named for Lewis Morris, the first and then sitting royal governor of a united colony of New Jersey.

By the middle of the 18th century, Morristown had 250 residents, with two churches, a courthouse, two taverns, two schools, several stores, and numerous mills and farms nearby.

George Washington first came to Morristown in May 1773, two years before the Revolutionary War broke out, and traveled from there to New York City together with John Parke Custis(his stepson) and Lord Stirling.

In 1777, General George Washington and the Continental Army marched from the victories at Trenton and Princeton to encamp near Morristown from January to May. Washington had his headquarters during that first encampment at Jacob Arnold’s Tavern located at the Morristown Green in the center of the town. Morristown was selected for its extremely strategic location. It was between Philadelphia and New York and near New England. It also was chosen for the skills and trades of the residents, local industries, and natural resources to provide arms, and what was thought to be the ability of the community to provide enough food to support the army.

The churches were used for inoculations for smallpox. That first headquarters, Arnold’s Tavern, was eventually moved .5 miles (800 m) south of the green onto Mount Kemble Avenue to become All Souls Hospital in the late 19th century. It suffered a fire in 1918, and the original structure was demolished, but new buildings for the hospital were built directly across the street.

The winter of 1780 was the worst winter of the Revolutionary War. The starvation was complicated by extreme inflation of money and lack of pay for the army. The entire Pennsylvania contingent successfully mutinied and later, 200 New Jersey soldiers attempted to emulate them (unsuccessfully).

During Washington’s second stay, in March 1780, he declared St. Patrick’s Day a holiday to honor his many Irish troops. Martha Washington traveled from Virginia and remained with her husband each winter throughout the war. The Marquis de Lafayette came to Washington in Morristown to inform him that France would be sending ships and trained soldiers to aid the Continental Army.

During Washington’s stay, Benedict Arnold was court-martialed at Dickerson’s Tavern, on Spring Street, for charges related to profiteering from military supplies at Philadelphia. His admonishment was made public, but Washington quietly promised the hero, Arnold, to make it up to him.

Alexander Hamilton courted and wed Elizabeth Schuyler at a residence where Washington’s personal physician was billeted. Locally known as the Schuyler-Hamilton House, the Dr. Jabez Campfield House is listed on both the New Jersey and National Register of Historic Places.

The Morristown Green has a statue commemorating the meeting of George Washington, the young Marquis de LaFayette, and young Alexander Hamilton depicting them discussing forthcoming aid of French tall ships and troops being sent by King Louis XVI of France to aid the Continental Army.

Morristown’s Burnham Park has a statue of the “Father of the American Revolution”, Thomas Paine, who wrote the best selling booklet Common Sense, which urged a complete break from British rule. The bronze statue, by sculptor Georg J. Lober, shows Paine in 1776 (using a drum as a table during the withdrawal of the army across New Jersey) composing Crisis 1. He wrote These are the times that try men’s souls …. The statue was dedicated on July 4, 1950. 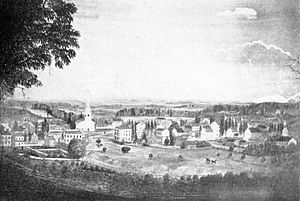 The idea for constructing the Morris Canal is credited to Morristown businessman George P. Macculloch, who in 1822 convened a group to discuss his concept for a canal. The group included Governor of New Jersey Isaac Halstead Williamson, which led to approval of the proposal by the New Jersey Legislature later that year. The canal was used for a century.

The Marquis de Lafayette returned to Morristown in July 1825 on his return tour of the United States, where a ball was held in his honor at the 1807 Sansay House on DeHart Street, which still stands.

Antoine le Blanc, a French immigrant laborer murdered the Sayre family and their servant (or possibly slave), Phoebe. He was tried and convicted of murder of the Sayres (but not of Phoebe) on August 13, 1833. On September 6, 1833, Le Blanc became the last person hanged on the Morristown Green. Until late 2006, the house where the murders were committed was known as “Jimmy’s Haunt,” which is purported to be haunted by Phoebe’s ghost because her murder never saw justice. In 2007 Jimmy’s Haunt was torn down to make way for a bank.

Samuel F. B. Morse and Alfred Vail built the first telegraph at the Speedwell Ironworks in Morristown on January 6, 1838. The first telegraph message was A patient waiter is no loser. The first public demonstration of the invention occurred five days later as an early step toward the information age. 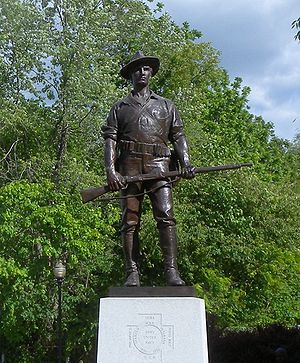 Jacob Arnold’s Tavern, the first headquarters for Washington in Morristown, was purchased by the Colles family to save it from demolition in 1886. It was moved by horse-power in the winter of 1887 from “the green” (after being stuck on Bank Street for about six weeks) to a site 0.5 miles (0.80 km) south on Mount Kemble Avenue at what is now a parking lot for the Atlantic RIMM Rehabilitation Hospital. It became a boarding house for four years until it was converted by the Grey Nuns from Montreal into All Souls Hospital, the first general hospital in Morris County. George and Martha Washington’s second-floor ballroom became a chapel and the first-floor tavern became a ward for patients. The building was lost to a fire in 1918. The entire organization, nurses, doctors, and patients of All Souls Hospital were then moved across Mount Kemble Avenue, U.S. Route 202, to a newly built brick hospital building. All Souls’ was set to close because of financial difficulties in the late 1960s. In 1973, it became Community Medical Center. In 1977, the center became bankrupt and was purchased by the then new and larger Morristown Memorial Hospital, which is now the Morristown Medical Center.

On December 18, 1843, the Bethel African Methodist Episcopal Church was incorporated. This was the first congregation established by African-Americans in Morris County. It is still active. The first site of the Church was located at 13 Spring Street and served as the only schoolhouse for colored children until 1870. The Church relocated to its present site at 59 Spring Street in 1874.

On January 5, 2009, five red lights were spotted in the Morristown area night skies. The event was a staged hoax using helium balloons and flares, but became nationally known as the Morristown UFO hoax.

The downtown shopping and business district of Morristown is centered around a square park, known as the Morristown Green. It is a former market square from Morristown’s colonial days.

Morristown Medical Center is a major employer in Morristown.

Morristown is home to the Morris Museum.

The New Jersey Minutemen are a professional inline hockey team that competes in the Eastern Conference of the Professional Inline Hockey Association.

Morristown has a cricketing club, the first in North America.

Morristown has attempted to implement transit-oriented development. Morristown was designated in 1999 as of one of New Jersey’s first five “transit villages“. In 1999, Morristown changed its zoning code to designate the area around the train station as a “Transit Village Core” for mixed-use. The designation was at least partly responsible for developing plans for several mixed-use condominium developments.

NJ Transit local bus service is offered from the Morristown rail station, Morristown Medical Center and Headquarters Plaza on the 871, 872, 873, 874, 875 and 880 bus routes, replacing service that had been offered on the MCM1, MCM2, MCM3, MCM4, MCM8 and MCM10 routes until 2010, when subsidies to the local provider were eliminated as part of budget cuts.

People who were born in, residents of, or otherwise closely associated with Morristown include: 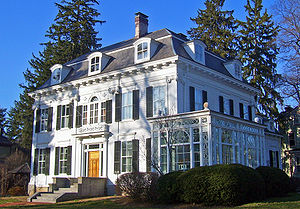 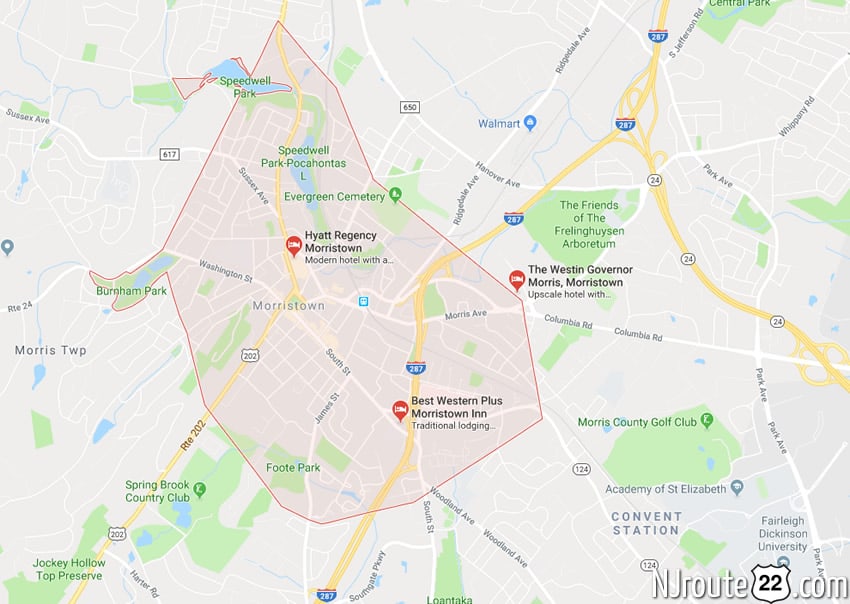