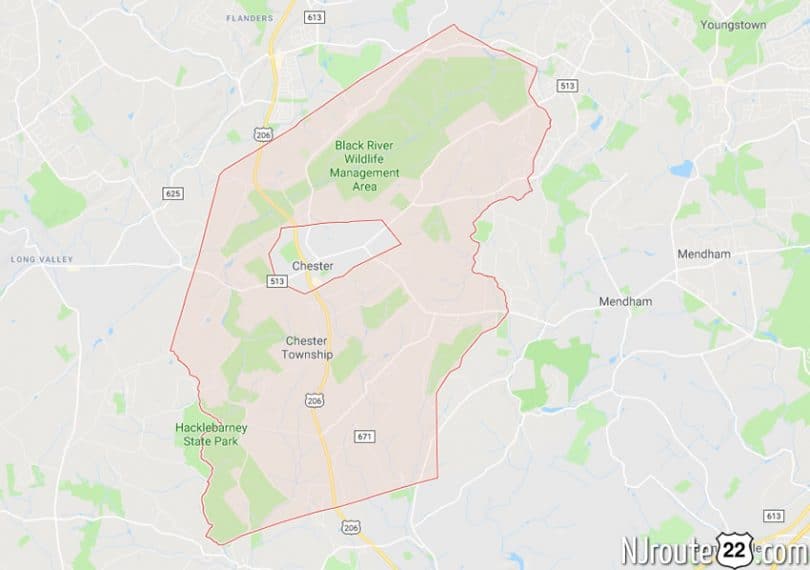 Chester Township, NJ is Chester Borough’s “big brother.” A lot to do in this big town (in the top 100 of NJ in size). 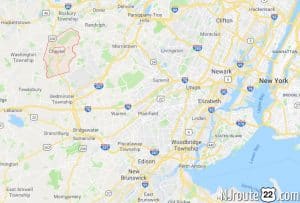 Chester Township is located about 40 miles (64 km) west of New York City and features Victorian-style homes and palatial estates. Throughout the year there are craft fairs, Victorian house tours during the holiday season, jazz concerts in the downtown park, and other community events. It was established by an act of the New Jersey Legislature on April 1, 1799, from portions of both Roxbury Township and Washington Township, based on the results of a referendum held that day. Additional territories were acquired from Randolph Township (in 1806) and Washington Township (1840 and 1853). Portions of the township were taken on April 3, 1930, to form Chester Borough, a separate municipality surrounded entirely by Chester Township. The township’s name is derived from Chestershire in England.

The earliest records of individuals settling in the area date back to deeds dated in 1713, for properties located near a point where two Lenape Native American trails crossed at an area called Black River. With the arrival of the Rogerenes in 1730, the area developed as an agricultural community, producing applejack, flax, and wool, as well as raising cattle. A burst of economic activity occurred starting in 1875 with the discovery of iron ore in the area, which led to the construction of dozens of mines, a blast furnace and many of the commercial and residential structures in the township date to that era. The discovery of far more abundant and productive mining sites in Minnesota‘s Mesabi Range ended that boom after nearly 15 years. Chester returned to its farming roots in the 20th Century.

There were 2,592 households, of which 43.4% had children under the age of 18 living with them, 76.5% were married couples living together, 5.6% had a female householder with no husband present, and 15.1% were non-families. 11.6% of all households were made up of individuals, and 5.4% had someone living alone who was 65 years of age or older. The average household size was 3.00 and the average family size was 3.27.

Of the township’s 29.8 square miles (77 km), 42 percent, or about 12 square miles (31 km), is permanently protected from development. There are nature reserves and parkland, but also agricultural property that is deed restricted under the state Farmland Preservation Program, which buys the development rights while allowing the farmer to retain title and continue working the land.
Chester has been described as a rural environment that caters to “agritourism.” The township has developed this reputation by preserving farmland through public investment in open spaces.

The township’s parks and preserves are free and open to the public. Parks include:

Development is highly constrained due to state and town ordinance. The entire Township is located in the New Jersey Highlands with approximately 86% of the land area designated as part of the more highly constrained Highlands Preservation Area. This environmentally sensitive area supplies drinking water to two-thirds of the state’s residents. In 2004, the state passed the Highlands Preservation Act to limit development. In 2005, 27 new homes were built and 16 in 2006.

In 2007, New Jersey Governor Jon Corzine created incentives for municipalities with less than 10,000 inhabitants to combine with other communities. The goal is to reduce the overall cost of government and thereby offer some tax relief. “New Jersey has 21 counties, 566 municipalities, and 616 school districts, and property taxes average $6,800 per homeowner or twice the national average.”

Chester Borough split from Chester Township in 1930 over the creation of sewer and water infrastructure in the more densely settled center of the municipality. The residents of the rural portions of the Township did not wish to financially support the construction and maintenance of a public sewer or water utility. Since that time rural Chester Township has relied upon individual private wells for water and septic systems for wastewater treatment while the Borough is primarily, although not entirely, served by public sewer and water. Concerns over the extension of utilities into the rural Township with the resultant potential for large-scale growth served as an impediment to consolidation. The prohibition of utility extensions supported by the NJ State Plan and codified in the Highlands Water Protection Act, along with the development restrictions contained in the Highlands Act have lessened those concerns. Additionally, an aggressive land conservation program in the Township has resulted in over 40% of the 29-square-mile (75 km) Township being placed into permanent preservation, further lessening worries about potential overdevelopment. The two municipalities currently share a common K-8 school district, volunteer fire department, library, first aid squad and other municipal services.

Governor Corzine’s plan to reduce or eliminate state aid had residents considering recombining towns. The two mayors publicly endorsed a cost/benefit analysis of a merger. However, a merger vote planned for November 2, 2010, was delayed until 2011 due to Governor Christie’s elimination of equalization funds that would ensure some taxpayers do not pay more due to the merger, as an analysis by the New Jersey Department of Community Affairs estimated that township residents would see an annual increase of $128 on their property taxes while those in the borough would see an average decline of $570 in their taxes.

U.S. Route 206 is the main north-south road through the township while CR 510 and CR 513 act as the two east-west roads.

No limited access roads run through Chester, but they are accessible in neighboring communities, such as Interstate 80 in Roxbury and Mount Olive, and both Interstate 287 and Interstate 78 in Bedminster.

New Jersey Transit local bus service was provided on the MCM4 and MCM5 routes until June 2010, when NJ Transit pulled the subsidy.

People who were born in, residents of, or otherwise closely associated with Chester Township include: 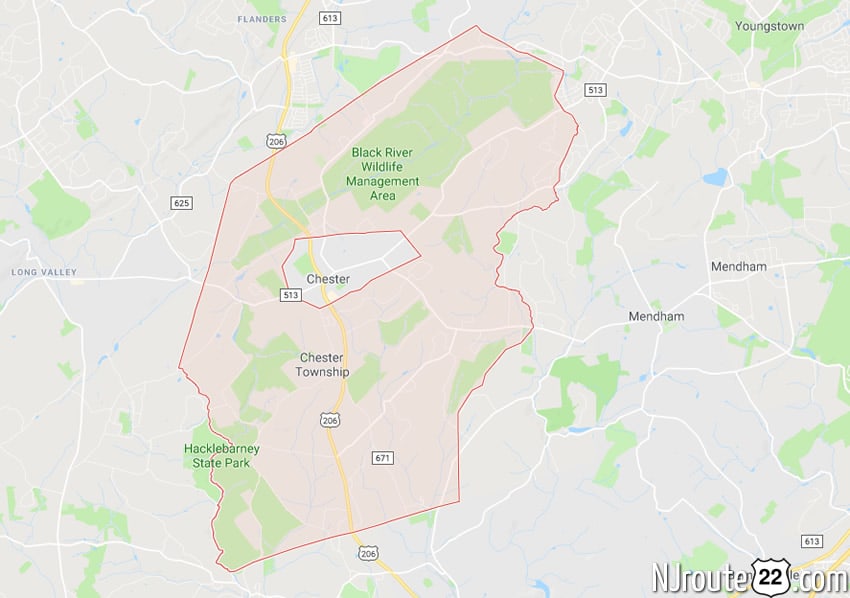