It’s important to observe “the writing on the wall,” as the article below “The Panopticon Expands” details. This is akin to the slow boiling of the frog metaphor you may hear often.

While we have not personally experienced the invasive nature of “technology” during our daily drives (yet) – we certainly will not be surprised that one day in the future our whole reality will shift as a result of draconian installations like these.

As an exercise – stop looking at your phones at each stoplight (No one really cares about your cat photos – they just want “likes” in return). Instead – look at and examine the physical traffic lights and other poles and apparatus around when stopped. Where do you think those images from those cameras go? Shutterfly?

Having established as legitimate the use of cameras to robotically ticket people for “speeding” and “running” red lights – timed to go red quickly, so as to ensnare as many drivers as possible – it was only a matter of time before the principle was extrapolated – now to include automatically ticketing people for using their cell phones while driving.

Because why shouldn’t it be? 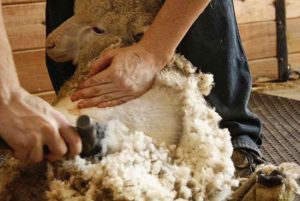 If it is okay to steal people’s money (which is what we’re talking about here, shorn of the euphemistic language about “fines”) for those things, why not this thing?

Why not anything the government and its corporate “partners” who profit from it decide is ungood?

Buckle-up laws, for instance? How about breaking traction? 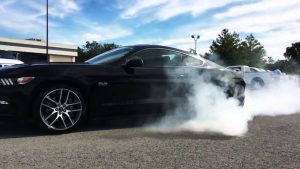 In Australia – the same place that is the first place to use the AI cameras to “catch” cell phone “violators” – who will be mulcted to the tune of $344-$457 for not harming anyone – performing a burnout is already a major bust that can result in confiscation (and forfeiture) of the offender’s vehicle.

But an armed government worker had to witness the burnout.

The cameras witness everything – everywhere.

A network is being erected that will make it impossible to “get away” with ignoring any edict issued by the control freaks and busybodies who lord it over us. Pre-Panopticon, the myriad tyrannical laws on the books had the upside of being to a great extent ignorable. 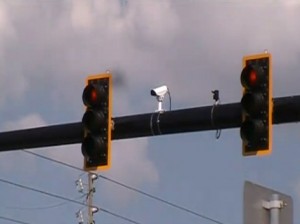 Cameras can. They already are.

Have a look around – and up – the next time you’re out driving around. In most parts of the country these Creepy Cams are perched on top of every traffic signal arm, or curbside.

Soon, wherever you drive – and park – you will be seen. Anything – everything – that is not in Ordnung will be noticed. Not by a human. But by an artificial intelligence overlord that – to quote an eerily predictive line from the original Terminator movie, way back in 1984  – cannot be reasoned with or bargained with . . .

Another precedent that was allowed to pass into practice with the adoption of camera enforcement was the vitiation of the government’s obligation to establish guilt before fleecing. This was accomplished by shifting traffic offenses from court-adjudicated to civil administrative actions, where it became (and remains) the obligation of the presumed guilty to – somehow – reverse the camera’s verdict.

The rules of court procedure – of due process – do not apply. The presumed guilty verdict is subject to reversal not by evidence or its lack but rather according to the whim of whomever – or whatever – the government-corporate nexus gives  . . . administrative power to.

You can sometimes send in an “explanation” – and whatever else you like – but it’s perfunctory, like the practice in Elizabethan times of permitting the condemned to say a few words before the executioner lopped off his head. The head-lopping was never in doubt.

Today, if the government wants your money, they’ll take your money (to borrow a turn of phrase from another eerily prescient movie).

There is one upside to all of this, though.

When it becomes impossible to leave your driveway (and maybe not even that) without being observed – and mulcted – people might begin to object. Try to imagine what it would be like if you had to obey every speed limit – to the letter – else payin’ paper. Full stop – and wait a three second count – at every stop sign. Never dare a right-on-red, an HOV “violation” or an unbuckled ride.

No “aggressive” acceleration, either.

Your papers – all of them – always in Ordnung.

That’s what’s coming. Unless we decide to reject the principle – and establish a new precedent. There’s still time.

The clock, however, is ticking – and midnight approaches.