Testing for the virus is a fool’s errand 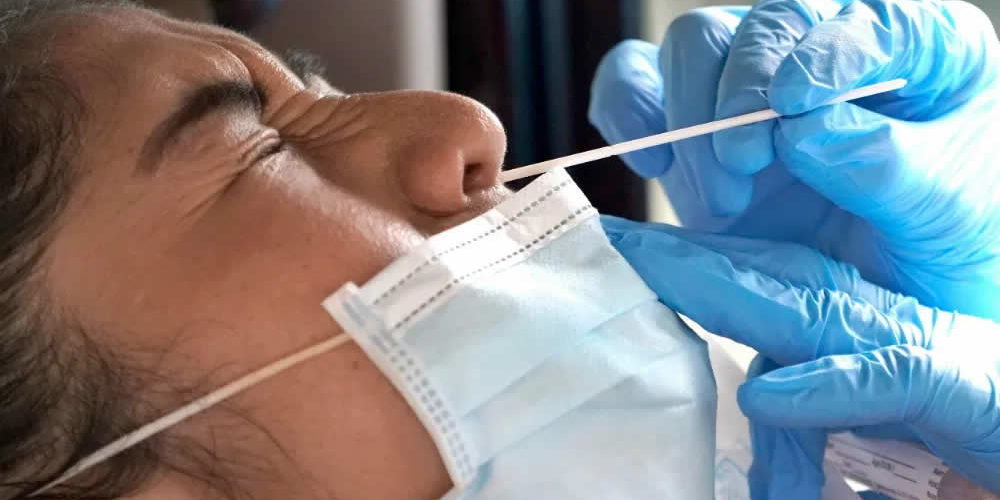 You should probably KNOW whether you’re sick or well, right? Any reasonably healthy person should be in tune with their body (i.e., when it’s time to make changes, etc.) Subjecting yourself to questionable (already proven unreliable) “tests” is something that truly a fool would do.

Testing for the virus is a fool’s errand

As the coronavirus epidemic got going, one of the constant drumbeats was, “We need more testing.” At the time, I didn’t bother to question the premise. With President Trump’s illness and the White House staff infections, it’s time to take a closer look.

When I went through my medical training, my hospital made every patient for surgery take a battery of tests called a “Multiphasic Health Screening Test.” Supposedly the MHST would allow us to identify high-risk patients and get them treated properly before fixing their surgical problems. This high dollar set of lab tests didn’t actually do anything of the sort. Instead, we often found things that weren’t problems. We had to chase them down rabbit holes and occasionally caused major harm to patients by doing that.

Over time, we learned that there aren’t ANY screening tests that we need to do before surgery. All we need is a good history and physical examination. If those show any problems, then we get more answers. So what are tests good for?

The first proper use of a medical test is to help you treat a patient. Duh… If you are treating pneumonia, you need to know which bug is causing it, so you do sputum cultures. Then you test that bug against various antibiotics to know which ones will be helpful.

The second proper use of a medical test is medical research. First, we need to know if the test actually measures what you think it measures. There are a host of “holistic medicine” tests that don’t measure anything. Thermograms, or heat pictures, don’t help you find breast cancers. Hormone levels in saliva are useless. The list is endless.

If a test actually measures what it claims to measure, then it’s possible to use it to explore some aspect of medicine, even if it doesn’t help you treat a disease. In this case, it’s useful for developing scientific knowledge.

The third proper use of a medical test applies directly to the coronavirus epidemic. We can test people for COVID-19 as we do “track and trace” work to limit “super-spreader” events. And we can use it in larger scale epidemiology to track how far the epidemic has gone. But this ends the proper use of testing.

We all bought into the original hue and cry that we needed testing. But we forgot that the South Korean success was based on rapid testing that was then used in track and trace efforts. It wasn’t used the way the White House has done.

There’s an easy fiction around testing. Supposedly if I test negative, I don’t have the disease. And that’s simply not true. The Abbot rapid test that the White House uses has a 98.5% accuracy for negatives. That is, if your test is negative, there’s only a 1.5% chance you actually have the bug. As tests go, that’s really good. If your BFF gets tested, the same number applies. But suppose we have a long line of people to test before an event. The easy way to think about it says that there’s only a 1.5% chance of an infected person slipping through. And that’s dead wrong.

Any statistician can do this math in his sleep. For two people it’s 1 – (.985 x .985), or 2.98%. As we increase the number, the risk of missing that one sick person rises. The general formula is 1 – (.985n). That means that by time n reaches 47 people, you have a 50/50 chance of having one person with the virus. 50/50. No, that’s not a misprint. Every time you test one more person, the risk of missing a real disease carrier increases. And that’s with a really good test. Abbot has done a great job. The difficulty is not with Abbott.

The problem is simple. There aren’t any tests that have 100% accuracy and specificity. None. To absolutely prevent a sick person from carrying the bug into the White House is therefore a complete impossibility. The scientific minds that set up the screening program for the White House fell into a simple trap. They thought they had a test with 98.5% power to block the virus from the President. They thought in a linear fashion and didn’t consider the actual implications of what that 98.5% number means.

There are dozens of people who enter the White House daily. After a couple of days, the odds are that someone with the bug would get in. Keeping records from day to day of the regulars would reduce the odds, but ultimately, the virus WILL get in. Screening to keep infection out of the White House was guaranteed to fail.

I’m tempted to speculate about whether the advisers knew this and didn’t bother to tell Trump. We know that Fauci is a Democrat and a career bureaucrat. He could have simply “forgotten” to include this. So maybe he got lucky that the cluster of infections fell at a moment that would seem to implicate the Supreme Court nomination party. Ultimately, Donald Trump is likely to pay a large price for simply not making it clear that we must listen to scientific data.

Key scientific facts are that social distancing and mask-wearing are useless. But even more, no matter how good your precautions and screening are, the bug will get through. Life isn’t perfect, and nothing we can do is, either. Life spreads diseases. But the most dangerous disease is poverty, and the only measures that prevent other diseases will kill you with poverty.