SEVEN Non-compliance Exercises Everyone Should Practice

Blindly “following orders” is a bad idea. Yes, “compliance” is the faggy way of saying following orders. Always use critical thinking and basic common sense. Otherwise, it’s a surefire way to end up in a bad place. Just read some history books on how the “frog” was boiled slowly in many instances. This country is no exception.

We have a few easy exercises you can do to wean yourself off the lemming program and gain some self-respect.

Nothing gets us more than people who use traffic signals to perfection. Every turn. Even in “right turn only” lanes. Or if they’re already on an exit off-ramp, they still signal! Why? We do signal too – but ONLY as a courtesy for other drivers when we are on a highway with heavier traffic. 99% of other times, there is absolutely no need to signal. It’s just one of the countless ways society has been programmed to be “compliant” much more.

More and more as time passes – we get stuck behind speed-limit obeying limp-dicks everywhere. Literally following the speed limit exactly. It is so unnaturally slow. How they don’t see that is mind-blowing. But those people that “obey” the signs – are the same exact people following every government edict as well. Oh, and they also tattled on you in school when you colored outside of the lines. Our advice to get your sense of freedom back – is to ignore the signs (except in KNOWN areas of bullshit cop crackdowns), and drive how it feels natural for YOU, and your car. That will always exceed the limit.

While we don’t tell racy jokes on here – we are very NON-politically correct in real life. Being “PC” is another form of “group-think” and mob rule. Back when we were growing up – someone with a smart or even profane mouth was no big deal. Even if they told “dirty” jokes or other raw humor. 99.9% of the world was okay with them. The one out of a thousand was usually some ragged old church lady that became flustered. Today? It seems that has been reversed. 99% of the world gets offended by everything. What for? How did it happen? Stop being politically correct! Not for anyone else but for yourself and your DIGNITY as a free-thinking and free-speaking person. Say what is on your mind.

I see people walking around with masks in the middle of nowhere. Seriously. That alone is enough. This needs no further explanation.

Another way of getting people to walk lock-step. All these rules. Days of the week. Separating. Some dumb cities even make you separate by COLOR! Why should taxpayers do the work for the government? Stuff your recyclables in regular bags and reclaim your time wasted.

What the hell is this conditioning? Arrows telling me which way to walk. Screw them – I will walk the way I feel like walking. The only time it makes sense to follow directions is on a damn escalator!

Just don’t acknowledge it at all. Walk around like you did before this nonsensical crisis started. Pretend it doesn’t exist. Because it doesn’t. This is just social conditioning at its worst.

Oh – and if you still are “forced” to wear dumb masks – check out this site – www.minimallycompliantmasks.com. Good stuff. You can still breathe while acting like a sheep. 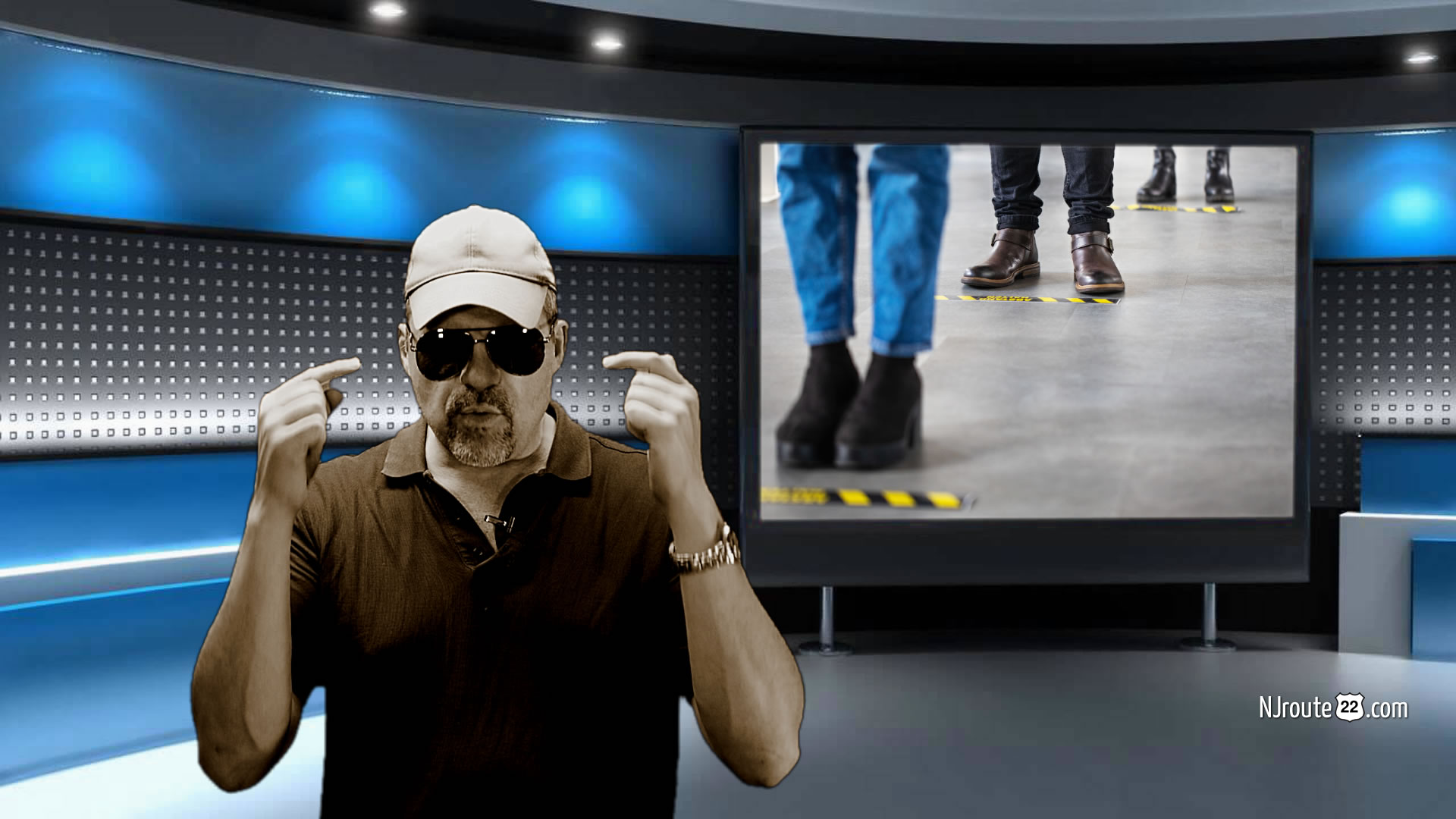