For anyone hoping for a “useful” retail store opening up in place of the shuttered Walmart along Route 22 in Readington – you’re out of luck.

The old Walmart space is turning into a marijuana growing facility.

It will be used for “medical marijuana,” and will NOT be a dispensary. 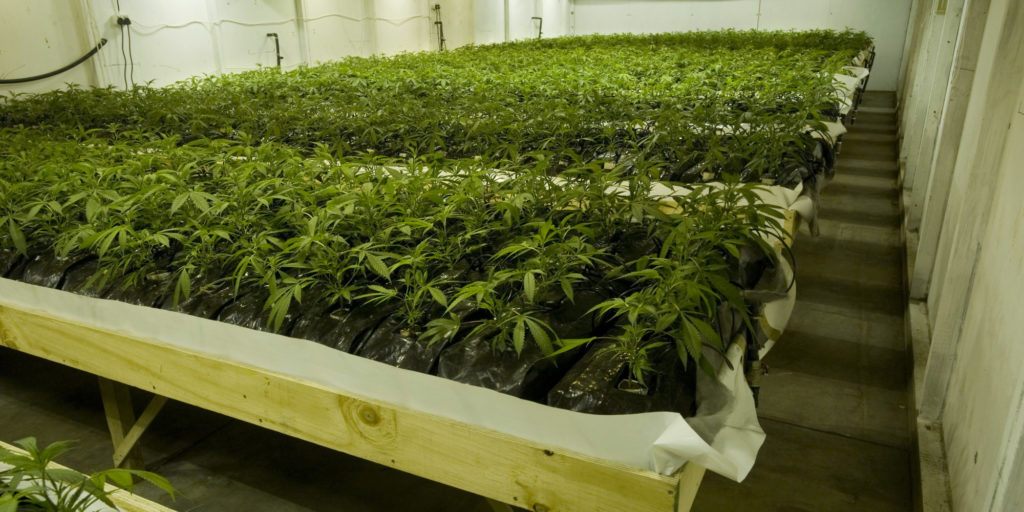 Frankly – the details are not important (to us at least). We don’t want or need weed at this point in our lives.

What is more important in our opinion – is the whole “mechanism” around the legality of a plant grown in nature.

Marijuana is, while slowly becoming (pseudo) “legal” in many states – is a fascinating topic.

How states, despite deeming the so-called drug “less bad,” still have their tentacles on this plant. All for monetary reasons. (Under the guise of “safety!”)

You’d think that after decades of being the “gateway drug,” and now becoming “beneficial” to some degree – that they’d just declare it entirely UN-regulated.

Not the case. They cannot turn away the potential profit-skimming of a plant that grows naturally on earth.

Greed is the worst addictive drug of them all.

We won’t get into the whole history here, but if you don’t know about how pot became a poster-child of bad things – you might want to do some digging.

There is a lot of propaganda and “re-writing” of history when it comes to marijuana (and HEMP).

Hemp is one of the most “renewable” sources of both energy and textiles (besides the “beneficial” aspect of consuming it). Hemp was a big deal at the turn of the last century.

Some have even said that it was the oil industry that was initially threatened by this easy-to-grow plant – and lobbied our (also so-called) “governing bodies” a long time ago to throw it under the bus. And it was shredded under the bus indeed.

And as generations passed, details hidden, and other false information that was spread about what is essentially a great plant – most people probably don’t know about. The majority of people (and the mainstream news that peddles stories about stupid marijuana crimes and other petty arrests) believe pot is bad. They don’t know exactly why other than that was what has been said about it. Repetition works in mysterious ways.

There should be no need for regulated, highly-secured growing facilities like this.

ANY farmer or resident should be able to grow this stuff freely and without rules or regulations.

Let the free market decide – and it might even boost our economy and the country as a whole.

Governments have to muck things up with their sticky fingers and just over-complicate everything in order to stuff their own coffers under false pretenses.

Maybe one day in the future – the tide will turn.

But not after certain groups of people and organizations get their cut of the moolah. Sad, but true.