Where were 2019 Holiday sales so great exactly?

We do not think the “sales reports” about Black Friday and other 2019 holiday sales figures are at all accurate. In general, it is our belief that “spending” as a whole this Christmas season is DOWN.

Each year, season, or whatever period of time – news outlets, media publications, and other propaganda-spewing entities “report” the state of the economy or retail industries. They say “up” or “down” depending on what will benefit them the most. Much of these so-called reports, we believe, are utter fabrications (for whatever reason).

As you will surely remember many examples of “fraud” over the years. Accounting fraud. News fraud. Economic fraud. People, in general, have no problem lying, if it benefits them or those who pay them. We live in a fraudulent society across the board now.

So a properly cynical person will take nearly all “mainstream” news – and almost automatically assume it is something different than what it portrays. “Cui Bono?”

Our news report: SALES ARE DOWN!

As our website (NJroute22.com) indicates, we live in the New York Metropolitan Area (designated in the map below) – which is a fairly good barometer of the “economy” as a whole. 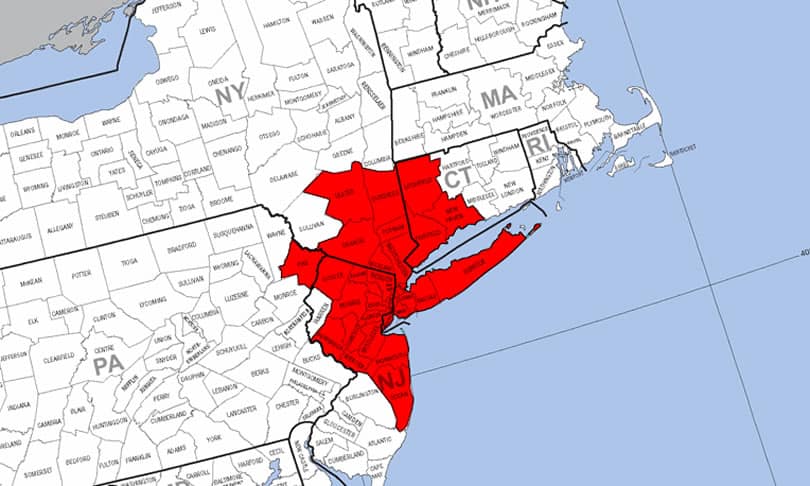 Sure there are other barometers as well (such as the “flyover states” – that have entirely different mindsets – i.e., sorry – but more “dumbed down”), but the New York area kind of has it all.

And our observations over the past Black Friday and Cyber Monday weekend – tell a different story than what is being peddled everywhere else.

From our analysis and observations, the customer and shopping activity (at brick and mortar at least) was SIGNIFICANTLY lower than we recall seeing in the past five or so years. There were not people carrying loads of merchandise like madmen from the shopping centers we visited. Not compared to other years, at least.

About the only establishment that we saw a minor trickle of merchandise leaving the store was over at Best Buy – were a not-so-insignificant number of customers were leaving with both flat-screen idiot boxes and chiclet-keyboard brainwashing machines (laptops). Walmart had some too, but not as many as we recall.

So what is the deal?

Sure – online will always trend higher as time passes

Our brick and mortar observations in the NYC tri-state area aside, the online sales have apparently set records. We’d think that is natural – as more and more people buy haphazardly online than ever before.

That doesn’t necessarily mean “sales are up,” does it? Because each year more and more NEW items are available online than in previous years. We don’t necessarily believe they are apples-to-apples comparisons. I mean Amazon gets new products to sell by the cargo ship-load every single day! So it remains suspicious.

What about spending as a whole? And how exactly can ANYONE measure something so massive with any accuracy at all? There are millions of small businesses that DO NOT contribute to those so-called reports.

Tepid brick and mortar sales in 2019

One thing we check is physical activity. And that means TRAFFIC.

This past Thanksgiving weekend (along with the manufactured holiday shopping weekend) – it appeared to us at least, that there was no mass activity of travelers or shoppers.

Vehicular traffic was manageable overall. Including the “biggest travel day of the year.” It seemed as if there was a LOT LESS physical activity out there.

Highways were okay during the “peak” travel times, and the most popular shopping eco-centers were easily accessible. No “mobs” anywhere.

One good example is Walmart.

It was astonishing how QUIET the stores were. At one point I felt it was more low-key than a typical funeral parlor (sorry to anyone who has sad recent memories – not intentional. Plus we shouldn’t have to apologize – coincidences are what they are. If they are offensive – so is life.)

Seriously – at the height of the Christmas shopping season – I went 10 minutes at one Walmart before seeing another customer! What the shit?

While we’re certain our experiences aren’t necessarily indicative of all Walmarts (some areas – the Walmart is the ONLY option), it was interesting, to say the least. Something is changing. 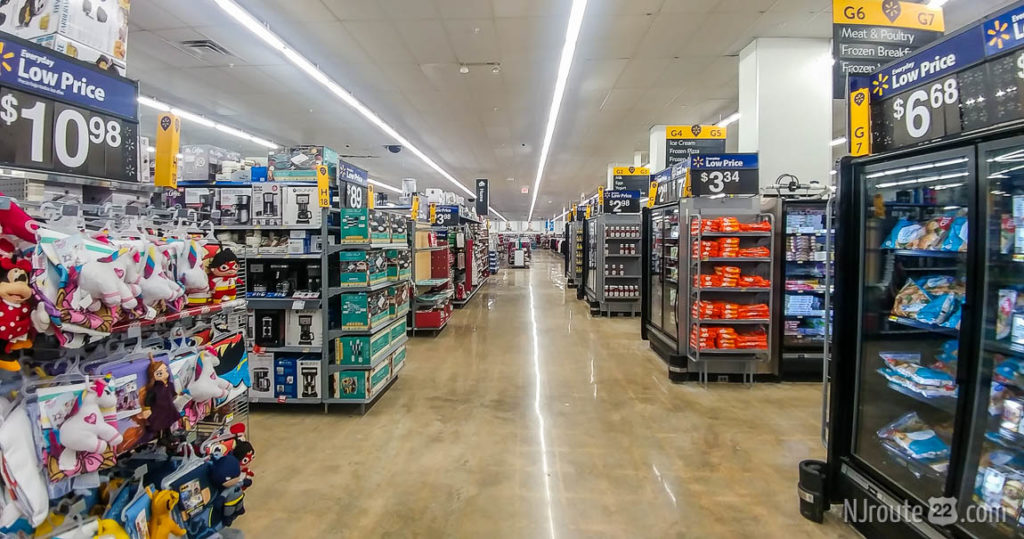 At some given point in time – I think more and more people are going to “wake up,” and realize all these “new things” that have been peddled to the masses will eventually fade away.

New TV’s, games, and other gadgets will eventually become memories. Technology cannot really get much more advanced anymore. What next, 8K, 16K, 1000K Televisions? What can possibly come next? 3D sex dolls? Oh wait, they already have those… sorry.

But I really do have faith that more people will realize that the entire “consumer” industry is just a sham. To get people to constantly want (involuntarily) and “need” the next big thing. Planned obsolescence.

And the more people that kick this nonsense to the curb, the better. “Back to basics” will make a comeback!

There are more sensible ways to get those dopamine hits, no?