Route 22 in Union is nuts sometimes

Before you get to the major split-lane retain over in the Union/Springfield area of Route 22 – it’s such a contentious drive. 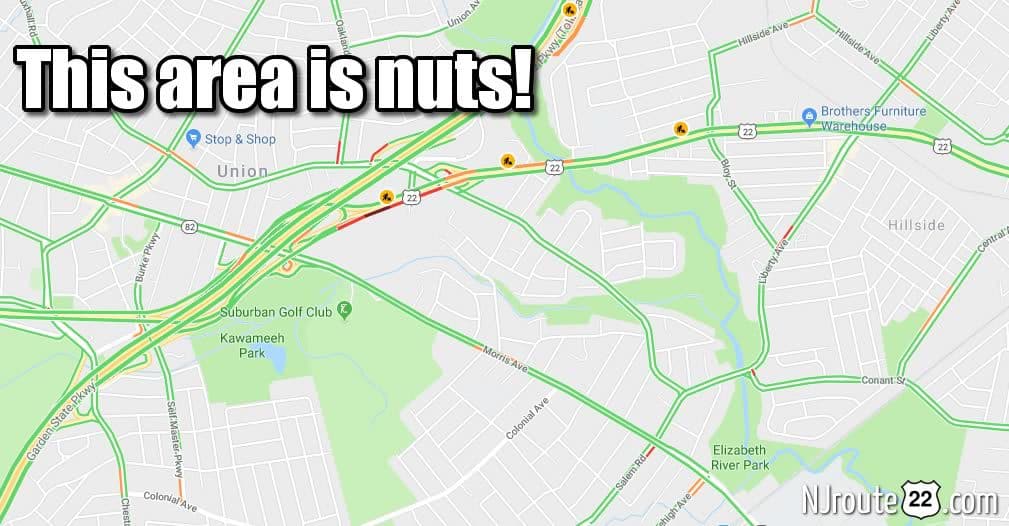 People who do it regularly probably don’t give it much thought – but there has to be a reason for the congestion, as well as the God-awful road conditions.

We came up with a plausible theory the other day.

That the more potholes you see in an area is equally proportional to the number of corrupt local politicians.

Think about that for a moment.

The bad roads mean that less money is available because more money has been “skimmed” in one fashion or another from their intended sources.

Anyway – this beginning section of Route 22 is unpleasant for us. It gives Route 22 a bad name.