While this brief is from another state – it is helpful to know what pesky “bureaucrats” are up to in nearby states. Trickery and “legal theft” is addictive and spreads fast. Could be coming soon to a wallet near you!

PS – believe it or not – we’re a bit lucky in NJ, despite high premiums and so on: No annual “property tax” on the cars we drive! Imagine the outrage?

Car dealers are amateurs when it comes to the bait-and-switch. The true masters of this art are politicians – such as Virginia Governor Ralph “Coonman” Northam. He tantalizes empty-pocketed taxpayers – whose pockets are empty because of all the taxes they’re forced to pay – with lower taxes.

In exchange for higher ones.

Of course, he doesn’t quite put it that way, much less explain what he’s up to – so let’s do that.

Virginia, like most states, applies an annual vehicle registration tax – in addition to the sales taxes people are forced to pay when they buy a car, then the tax to title the car and then again each year for the conditional privilege of temporary possession – the property tax on the vehicle. Which if you fail to pay, the vehicle’s true status as the property of the state will be made manifest.

In addition to that tax, there is another annual tax – the state “safety” inspection tax. People are forced to take their vehicle to an “approved” garage and have its tires and brakes and so on looked over – even if they have looked over these things themselves. The usual justification – that because some people are irresponsible (and would otherwise drive around with bad brakes and threadbare tires) is used to presume everyone is irresponsible – and force them to have their vehicle inspected each year.

And, of course, pay every year.

Another $20 – which times ten equals another $200 plus the $500 for the registration is $700 – which is a lot of money, especially given how much money has already been taken by the government.

No more annual inspections! And he’ll cut the annual registration taxes in half!

In exchange for a new inspection tax – and an increase in gas taxes. 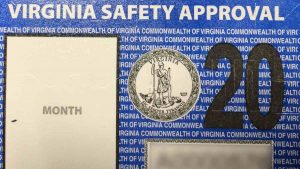 The “safety” inspection are to be repealed  . . . and replaced  (you’d think the Coonman was a Republican) with statewide emissions inspections, which many of Virginia’s rural counties don’t currently require at all. Because they aren’t currently needed. There is no pollution problem in these counties.

But the Coonman wants to force everyone in these counties to get their car’s exhaust (and more) inspected, regardless.

Curiously, the Coonman’s stated reason for his proposal to repeal the safety inspections – he says “there is no connection between highway safety and these inspections” – doesn’t seem to apply to emissions inspections.  But if forcing people to get their car’s brakes and tires checked doesn’t make the roads “safer,” how is it that forcing them to get their exhaust sniffed makes the air “cleaner”?

If anything, the “safety” inspections make more sense – if you support collective punishment – as things like brakes and tires do wear out while emissions systems generally last the life of the vehicle. And some people do drive around on bald tires and brakes that don’t – while almost no one drives around without a catalytic converter. Cars made since the ’80s – with integrated emissions controls – run better with their emissions controls intact. The main justification given for emissions inspections in the past – tampering, removal of emissions controls – is no longer relevant.

Neither is emissions, which haven’t been a meaningful problem since the ’80s. 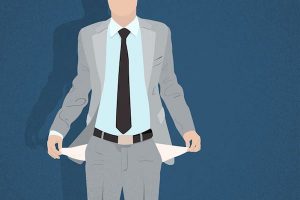 Mandating these new – and statewide tests – won’ clean the air but will empower the Coonman to thrust  his hands even deeper into every state resident’s pockets – not just those in the heavily populated counties of Northern Virginia, where these tests are currently mandatory.

The emissions test costs more ($28) than the inspection tests.

It will also give the Coonman a tool to force older cars off the roads in the rural counties where these tests are not currently mandatory. In Northern Virginia, vehicle registration – the initial getting as well as renewing –  is conditional on the vehicle passing the emissions test. It isn’t in the rest of the state, which makes it feasible to drive an older car from the ’80s and before that passes the safety inspection – but would likely fail the emissions inspection.

And not even because of its emissions. 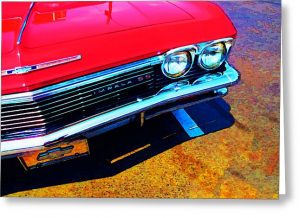 Modifications also constitute grounds for failing the test. The exhaust can be “clean” – within allowable limits – but if it’s not a factory exhaust system (for example, a dual exhaust system in place of the original single) or the engine has a “non-stock” air cleaner it gets failed – and its owner can’t register it, which means he can’t legally drive it.

It is common for older cars to be modified in this manner because their first-generation emissions systems were crude and they made the cars run worse. Also, after 30 or 40 years, original parts are often no longer available and the only option is to modify the vehicle. Which can result in its failing – regardless of its actual emissions.

But it’s not just the old cars that are in the crosshairs. 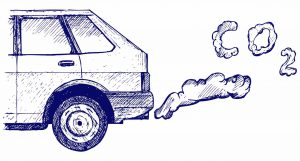 It is very likely that the Coonman intends to use these emissions inspections to get all cars that aren’t electric cars off the road, too. “Emissions” having been scurrilously redefined to include carbon dioxide – which even the “cleanest” running late-model non-electric car “emits.” This argument will be presented in due course.

The Coonman isn’t just looking to grab guns; he is also gunning for mobility.

Which brings us to the increase in gas taxes, intended to make driving other than an electric car increasingly unaffordable.

The Coonman wants to bump the state tax on motor fuels from the current 22 cents per gallon to 34 cents. This will cost the average driver four times as much as the annual $20 state safety inspection. 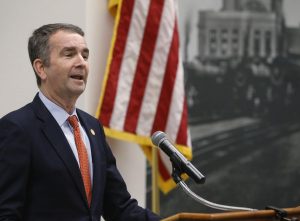 A 12 cents per gallon tax increase means paying $1.80 more in taxes on 15 gallons of gas (the capacity of the average car’s gas tank). If the driver fills up four times in a month – which most people do – he’ll have paid about $7.20 more in taxes. Times twelve and you get $86.40 – four times plus the cost of the annual safety inspection tax.

And that’s the average. Drivers of cars – and trucks and SUVs – with larger gas tanks that use more gas will pay substantially more than four times the cost of having their car’s brakes and tires examined.

“Those who drive more should pay more,” the Coonman says.

Coonman lets the cat out of the bag, telling the press “With these changes we can maximize our rail investments . . .” He desires to nudge Virginians to “… make environmentally friendly vehicle choices.” 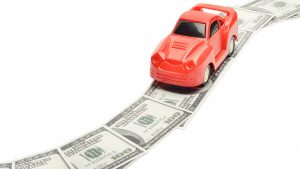 Guess what he means by that.

The Coonman also hinted – through underlings – at taxes-by-the-mile, in addition to taxes on fuel and taxes for new inspections.

The taxes-on-mileage are not just a Virginia thing. It is a coming thing – nationally. Part of an ingenious pincer movement that, on the one hand, is forcing EVs down our throats and then – on the other hand – will use the EV to justify taxes-by-the-mile, since EVs don’t get taxed on gas.

But it won’t be just EVs that get taxed-by-the-mile. All cars will be odometer dunned – and odometer monitored, using a kind of vehicular ankle bracelet that keeps the state apprised of how many miles you’ve driven – as well as when and where.

Of course, taxes on gas won’t be repealed, either.  In fact, they’ll be increased – “indexed” to inflation, automatically.