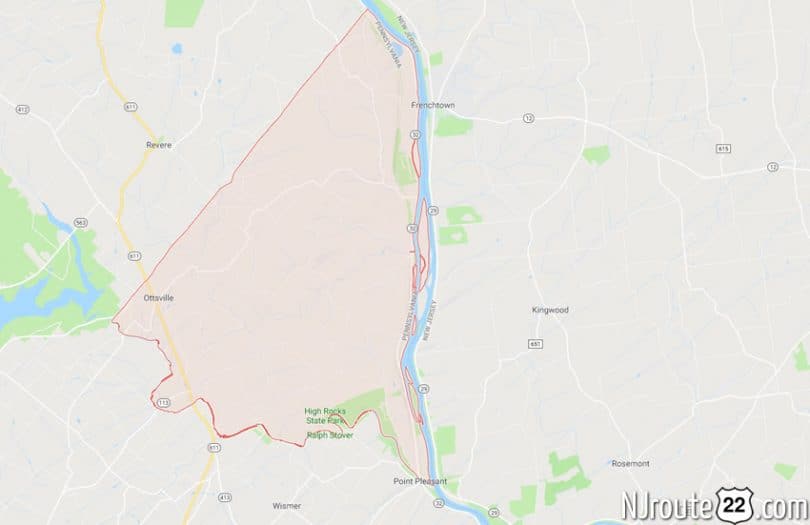 Tinicum Township, PA is a great place for New Jersey residents to visit in the warmer months. Just a stone’s throw away from Frenchtown – it’s a great little escape from the hustle and bustle of the Garden State. 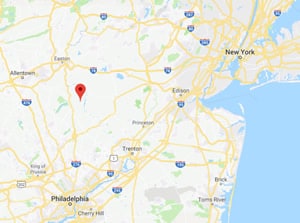 Tinicum Township is a township in Bucks County, Pennsylvania, United States. The population was 3,995 at the 2010 census.

This township includes both area codes 215 and 610. The township also has five different zip codes.

According to the United States Census Bureau, the township has a total area of 31.2 square miles (80.8 km²), of which, 30.2 square miles (78.2 km²) of it is land and 1.0 square miles (2.5 km²) of it (3.11%) is water. Tohickon Creek flows along its southern boundary into the Delaware River, which separates the township from New Jersey. Its villages include Erwinna, Ottsville (also in Nockamixon Township), Point Pleasant (also in Plumstead Township), Sundale, Smithtown, Wormansville, Tinicum, Uhlerstown and Upper Black Eddy (also in Bridgeton Township).

There were 1,674 households, out of which 27.0% had children under the age of 18 living with them, 62.4% were married couples living together, 5.1% had a female householder with no husband present, and 29.9% were non-families. 22.6% of all households were made up of individuals, and 8.2% had someone living alone who was 65 years of age or older. The average household size was 2.49 and the average family size was 2.94. 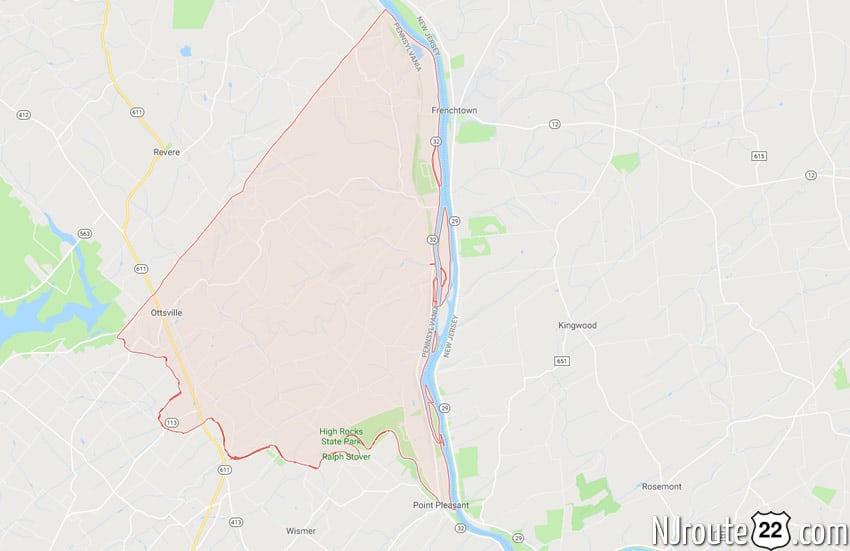