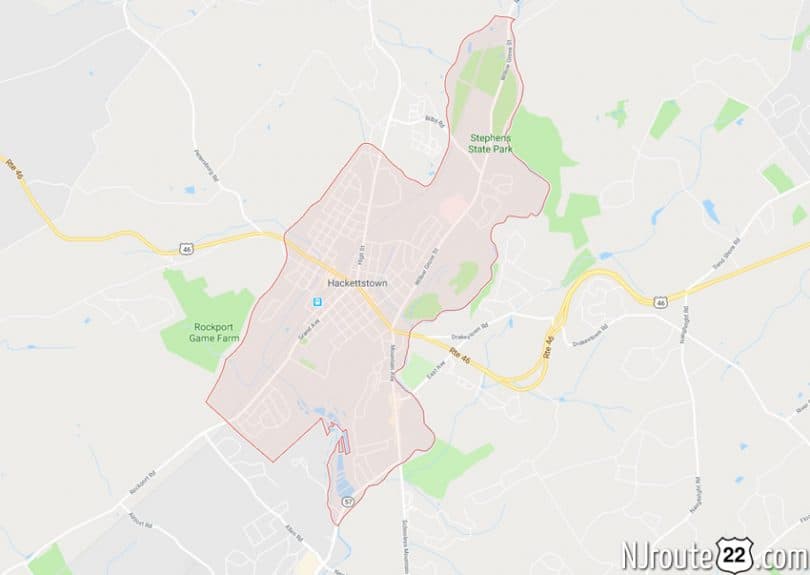 Hackettstown, NJ is also a frequent destination for many who call central or west Jersey home.

Also confused with Mansfield, NJ a lot of the time. One quick way to approximate which is which, is that the area north of the Home Depot center is Hackettstown, and south along Route 57 – all the way to Washington Township is Mansfield. 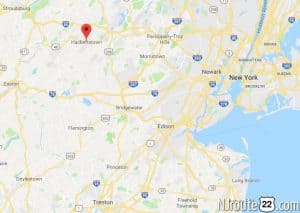 Hackettstown was incorporated as a town by an act of the New Jersey Legislature on March 9, 1853, from portions of Independence Township. Portions of territory were exchanged with Mansfield Township in 1857, 1860, 1872 and 1875.

Hackettstown houses the headquarters of Mars Chocolate USA, the American division of Mars, Incorporated, makers of Milky Way, Mars, M&M’s, Twix and Snickers candy bars, as well as pet foods (such as the well-known Whiskas and Pedigree brands), human foods (including Uncle Ben’s) and non-confectionery snack foods (including Combos).

It is believed that Hackettstown was named after Samuel Hackett, an early settler, and large landowner. Hackett is said to have “contributed liberally to the liquid refreshments on the christening of a new hotel, in order to secure the name which, before this, had been Helms’ Mills or Musconetcong”.

Hackettstown was named #72 of the top 100 towns in the United States to Live and Work In by some mainstream Magazine in 2005; it has not been included since. 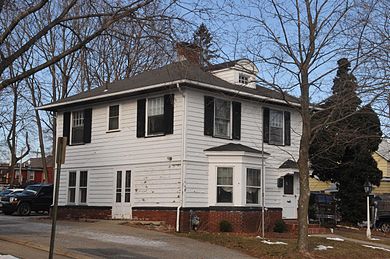 William Johnson (1817 – 1891) was a prime mover in getting the town incorporated in 1853. He and his brother George (1815 – 1889) were successful merchants in the town beginning in 1839 when they began operating the W.L. & G.W Johnson dry good store. The two men were very active in community affairs. George was a member of First Presbyterian Church, a director of the Hackettstown National Bank, and a member of the Hackettstown Water Board. Both men were involved in the establishment of the Union Cemetery.

In 1886, Tillie Smith, an 18-year-old kitchen worker from a poverty-stricken family, was raped, murdered and left lying in an open field on the campus of the Centenary Collegiate Institute, where she worked. A janitor at the school named James Titus was tried and convicted of the rape and murder, based on circumstantial evidence and public opinion shaped by yellow journalism. Titus was sentenced to hang, but he signed a confession and served 19 years of hard labor and lived from 1904 to 1952 in Hackettstown, among many of the same residents who championed his conviction.

In 1925, a train wreck in the town killed 45 people and injured about 50 others en route to New York City from Chicago. The derailment occurred on Rockport road in the early morning at approximately 3:30AM. The event made national headlines and stands as the deadliest event in Warren County history.

Unincorporated communities, localities and place names located partially or completely within the town include Warren Furnace.

Hackettstown borders the townships of Washington to the southeast, Mansfield to the southwest, Allamuchy to the north, Mount Olive to the northeast, and Independence to the west.

Passing through Hackettstown are U.S. Route 46, Route 57, and County Route 517. Route 182 exists completely within the boundaries of Hackettstown.

The Hackettstown station is the western terminus of the New Jersey Transit Morristown Line and the Montclair-Boonton Line, which both provide service to Hoboken Terminal with connections to Pennsylvania Station in Midtown Manhattan via Midtown Direct trains. New Jersey Transit bus service used to be provided on the MCM5 and 973 local routes before they were discontinued.

Warren County operates a shuttle along Route 57 to Washington Township that operates on an hourly loop on weekdays, with connections available to a shuttle to Philipsburg.

Hackettstown Airport, a small general aviation airport with the official database designation of (FAA LID: N05) is located in adjoining Mansfield Township, only a few hundred yards from the municipal border with Hackettstown proper.

People who were born in, residents of, or otherwise closely associated with Hackettstown include: 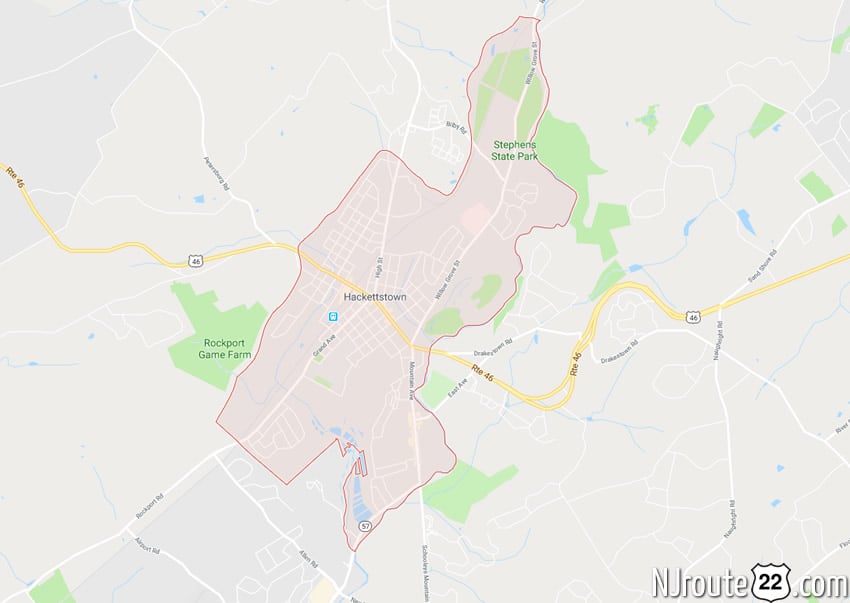